The initial airdrop of Uniswap rewarded users that interacted with Uniswap before September 1 with 400 UNI tokens. A new proposal seeks to help users who have interacted with the exchange through a proxy or third-party application.

Dharma, a decentralized exchange proxy, is committed to carrying out the Retroactive Airdrop proposal. Dharma users will have the ability to delegate their UI holds for voting if the proposal passes.

How will the price of Uniswap react to the proposal?

Clearly, another massive airdrop will create significant selling pressure, most likely pushing UNI’s price further down. Although 28 million votes are in favor, it’s important to note that the proposal will fail if it receives less than 40 million votes.

On the 12-hour chart, UNI has established a descending wedge, and it’s bounded inside a downtrend. The MACD is bearish and continues to gain momentum. The lower support trendline at $2.28 is critical. A breakdown from this point can lead UNI to a new low at $1.6. If the proposal passes, this will be the most likely scenario. 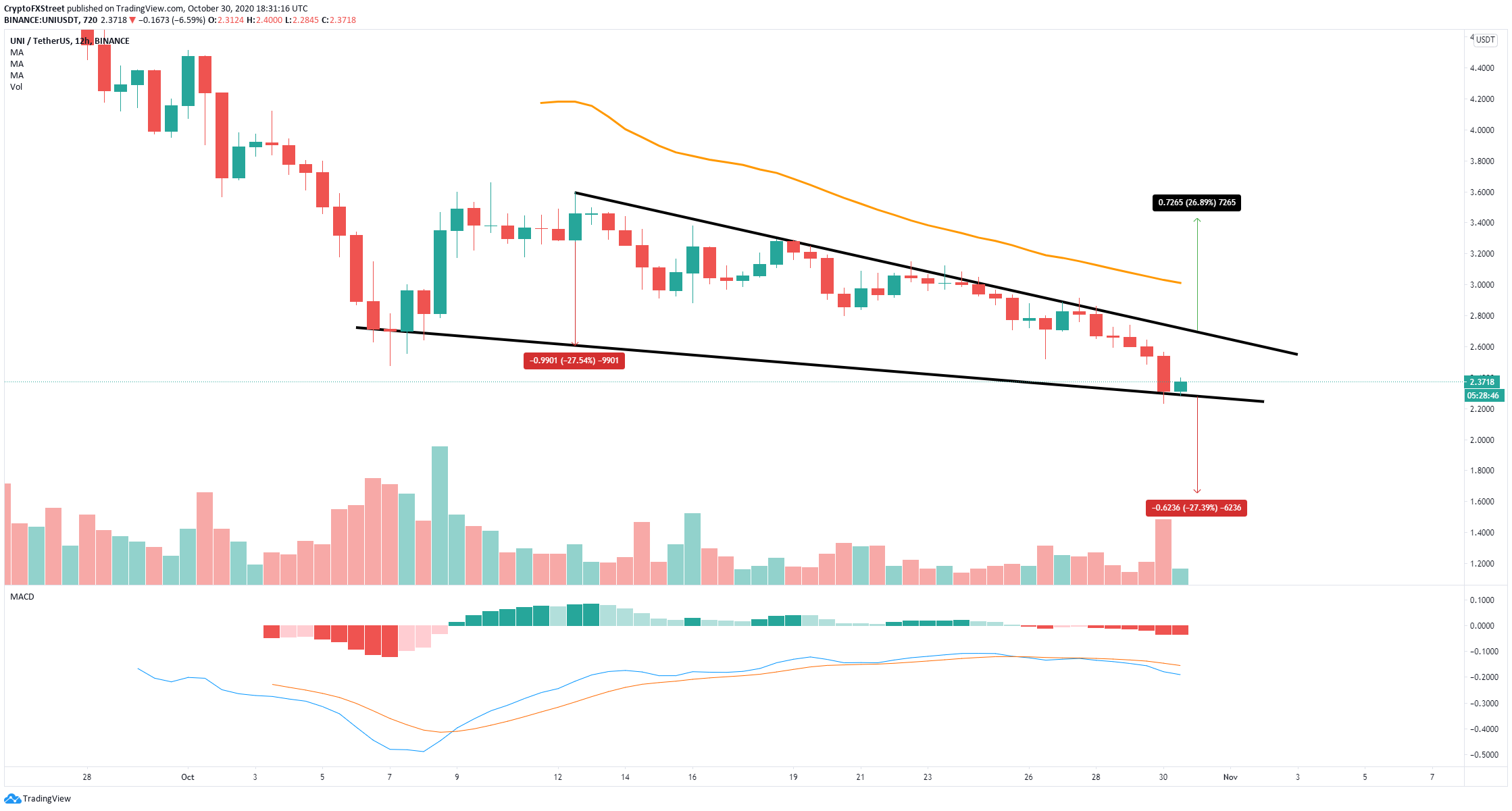 On the other hand, if the proposal doesn’t receive 40 million votes and gets canceled. UNI could jump towards the upper boundary of the pattern at $2.66. A breakout above this level can drive the price of UNI towards the high at $3.4.