Home » Uniswap Price Prediction: UNI is on the verge of a breakout towards $33 if this critical pattern cracks

Uniswap Price Prediction: UNI is on the verge of a breakout towards $33 if this critical pattern cracks

Uniswap price is currently around $20.6 and awaits a potential breakout from a bull flag established on the daily chart. Most indicators show that bulls are in control and UNI can climb even higher.

Uniswap price can quickly explode towards $33 if this level breaks

On the daily chart, Uniswap has established a bull flag and has been trading inside an ascending parallel channel. The most significant resistance point is located at $22.6. A breakout above this point would confirm the bull flag with a price target of $33, calculated by using the height of the pole as a reference point. 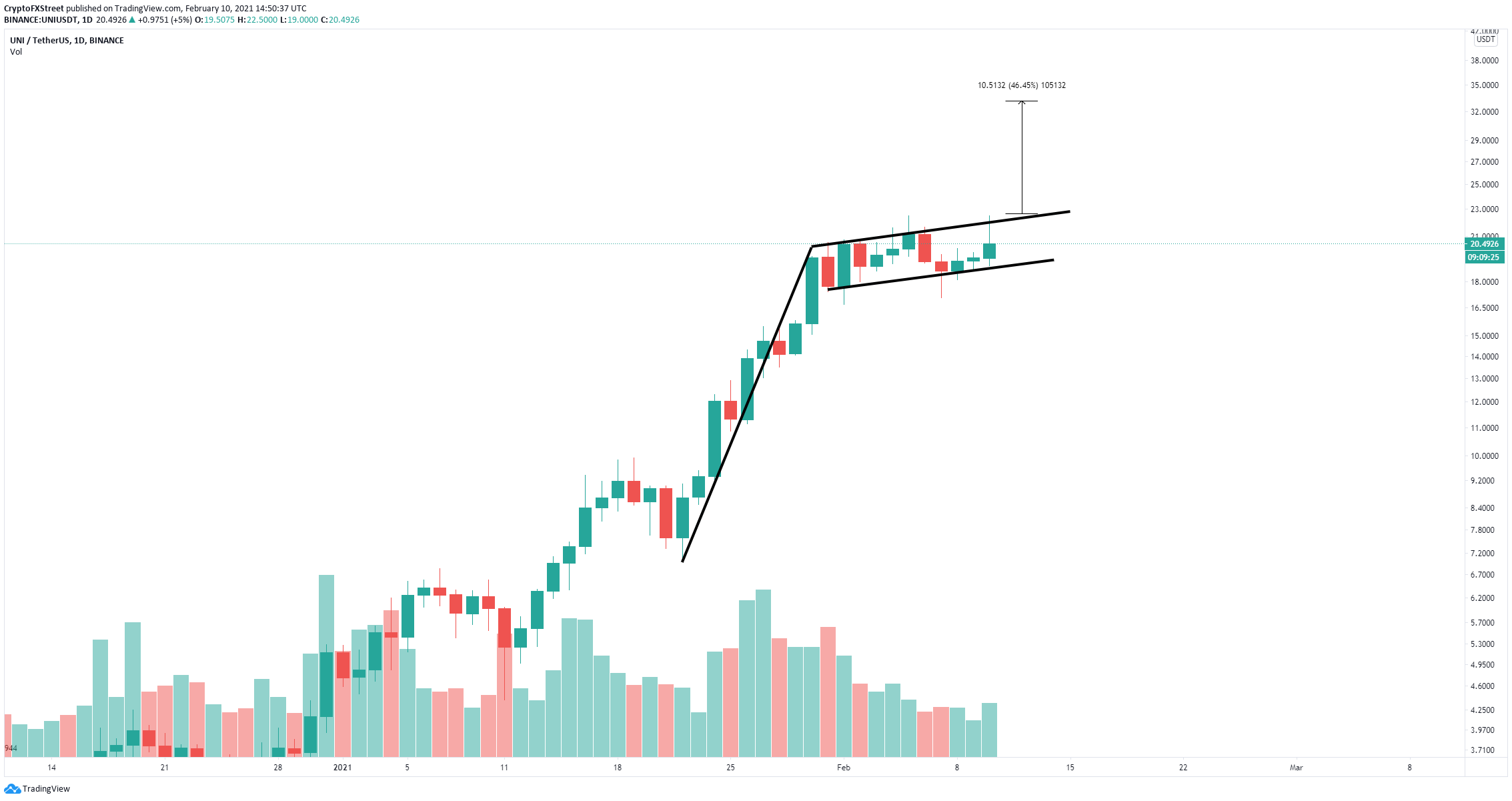 In the past several days, whales have started to accumulate Uniswap tokens again indicating that a potential breakout is underway. The number of large holders with 1,000,000 to 10,000,000 UNI tokens increased by two since February 8. Similarly, the amount of smaller holders with at least 100,000 coins also grew by five in the past week.

Additionally, the In/Out of the Money Around Price (IOMAP) chart suggests that bulls have a clear path to a new all-time high. The most significant resistance area is located between $21.07 and $21.27 where 2,250 addresses purchased 1.27 million UNI tokens.

However, losing the support level at $18 would invalidate the bull flag pushing Uniswap price down to the 26-EMA located at $15.5.