Latest
You are at:Home»Weekly Forex Forecasts»Canadian Dollar Forecast»USD/CAD Forecast Oct. 28-Nov. 1 – Canadian dollar keeps gaining, BoC decision ahead
Canadian Prime Minister Trudeau was re-elected to a second term, but he will have to work with a minority government, which could mean another election in a year or two. This will create political uncertainty and could weigh on the Canadian dollar. On the economic front, retail sales disappointed in August. The headline reading declined by 0.1%, down from 0.4% a month earlier. Core retail sales declined by 0.2%, its third decline in four months.
In the U.S, manufacturing data continues to point to trouble in the manufacturing sector. Core durable goods orders fell by 0.3%, the second decline in three months. The headline reading declined by 1.1%, its first decline in four months. The manufacturing PMI improved to 51.5, above the estimate of 50.7. Still, this points to minimal expansion. 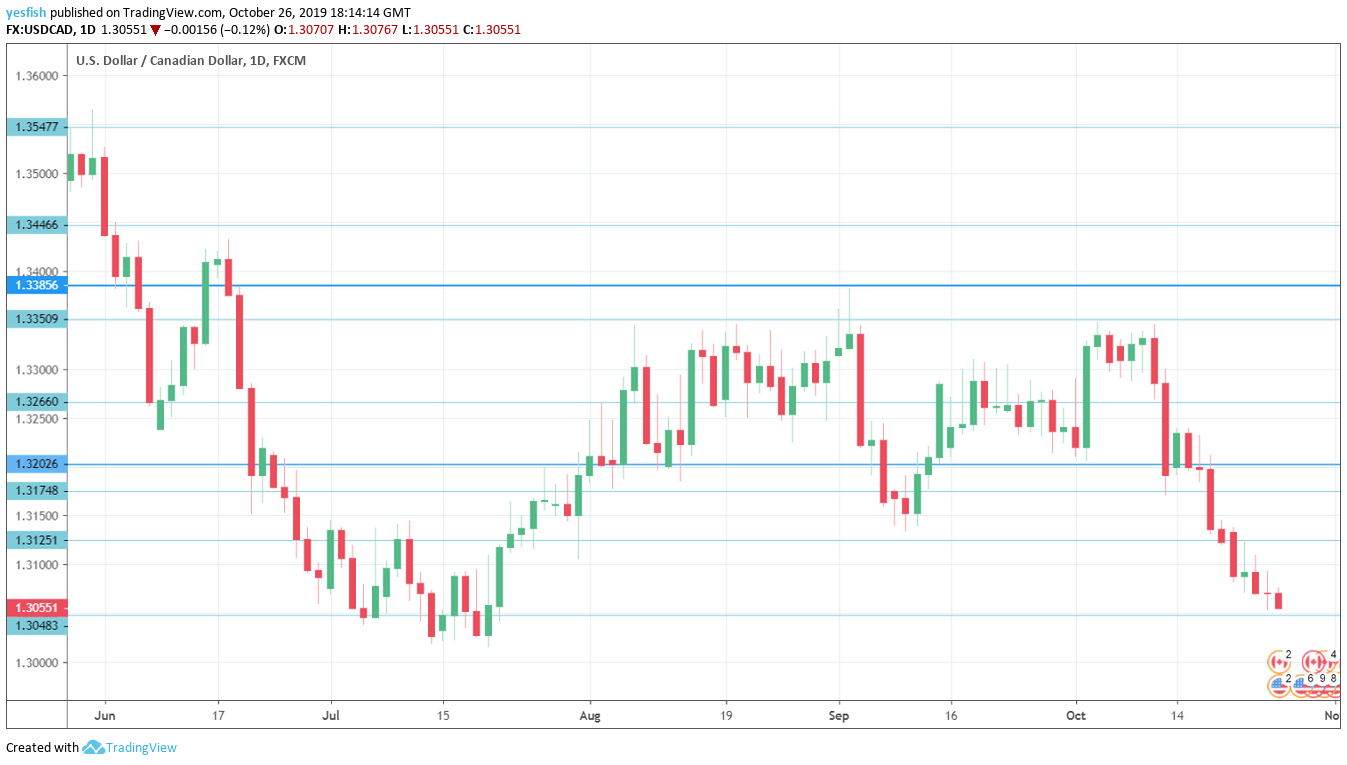 We start with resistance at 1.3445. This line has remained intact since the first week of June.

1.3175 has some breathing room following further losses by USD/CAD this week.

1.3125 (mentioned last week) has switched to a resistance role. It had provided support since the end of July.

1.3048 is an immediate support line. It is protecting the round number of 1.3000, which has psychological significance.

The Canadian dollar has posted strong gains in recent weeks, but this trend is more a case of weakness of the U.S. dollar rather than strong Canadian numbers. If risk appetite weakens due to geopolitical instability, the Canadian dollar could weaken.