The Japanese yen reversed directions last week, as USD/JPY climbed 120 points. The pair closed at 101.78. There are nine events this week. Here is an outlook for the highlights of this week and an updated technical analysis for USD/JPY.

USD/JPY graph with support and resistance lines on it. Click to enlarge: 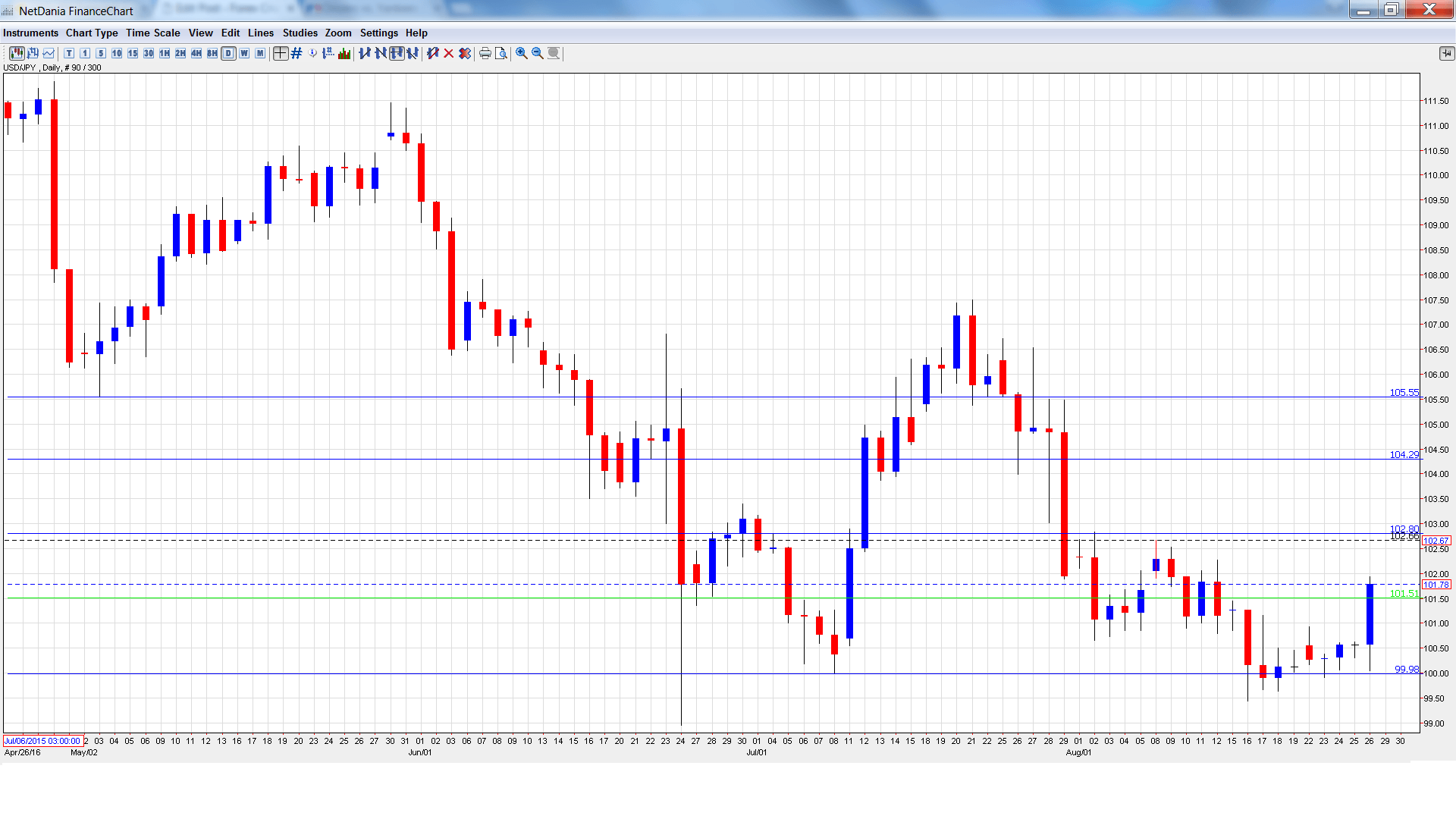 101.51 remains busy and is currently a weak support line.

99.98 was tested in support for a second straight week.

I am neutral on USD/JPY

The Fed is playing it cautious, but a December rate hike remains a solid possibility. If the BoJ remains on the sidelines and refrains from further easing, the yen could post gains and move closer to the round 100 level.