AUD/USD posted slight gains last week, closing just before the 0.68 level. The upcoming week has five events, including the RBA minutes and employment change. Here is an outlook at the highlights and an updated technical analysis for AUD/USD.

Australian confidence indicators looked weak. NAB Business Confidence dipped to 0, marking a 5-month low. This was followed by Westpac Consumer Sentiment, which declined by 5.5%, its third decline in four months.

The Federal Reserve released the minutes of its September meeting, at which the Fed trimmed rates by a quarter-point. The minutes were dovish tone, as members said that the risks to U.S. growth “were tilted to the downside.” Policymakers raised concerns about weak global growth, the toll of the U.S-China trade war and low inflation. The Fed appears ready to cut rates again – according to the CME Group, the likelihood of a 1/4 point rate cut in October stands at 75%. U.S. consumer inflation reports for September were a disappointment, missing their forecasts. The headline reading slipped to 0.0%, while Core CPI slowed to 0.1%. Inflation levels remain subdued, well below the Federal Reserve’s target of 2.0%. 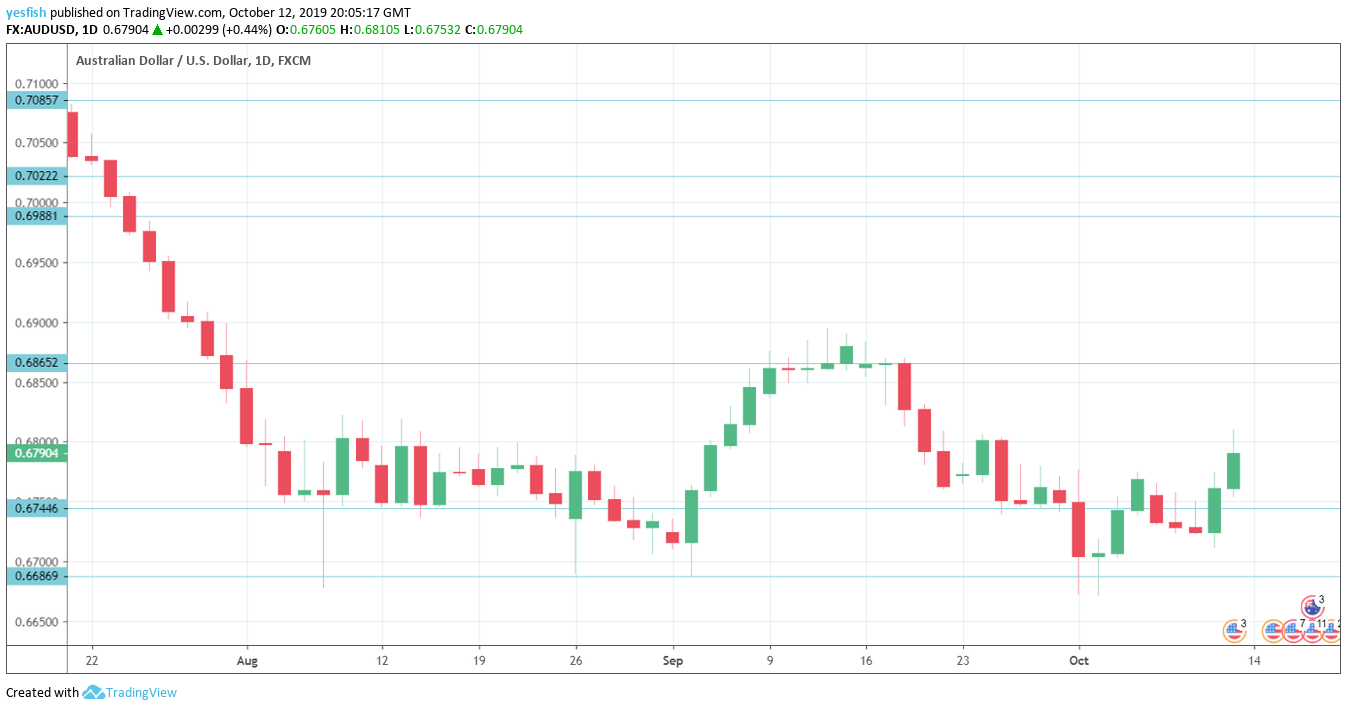 We start with resistance at 0.7165. This line has held firm since early April.

0.6865 was active in mid-September and has some breathing room in resistance.

0.6744 was relevant throughout the week. It is providing support.

I am bearish on AUD/USD

The RBA has slashed interest rates, but the domestic economy has yet to respond to these moves. Weak global demand has taken a toll on the manufacturing and export sectors, and the Aussie will have difficulty attracting investors.