After making an impressing comeback, the Aussie now expects quite a busy week, with building approvals and Chinese manufacturing being the highlights. Here’s an outlook for the Australian events and an updated technical analysis for AUD/USD.

The Australian dollar reached fresh record highs against the US dollar. Will it continue or rest? 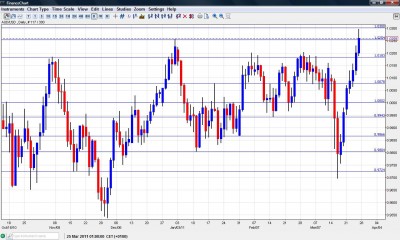 Aussie/Dollar gradually climbed during the week, and stopped to rest only under the 1.0180 line (discussed last week). After breaking this line it also hesitated under the previous historic high of 1.0254, but eventually broke above this line and closed at 1.0258.

Looking down, we find many lines of support. The initial one is at 1.0254, the level reached at the end of 2010 that was the previous historic high. It’s followed by 1.0180, which was the previous high in November, and worked since then as a tough resistance line.

Lower, 1.0080 was often the cushion when the Aussie was trading at these highs and also worked as support. It’s followed by the obvious line of parity, which is weaker than earlier, but is still of importance.

Below parity, we find  0.9940, which provided support upon dips under parity. Further minor support is at 0.9866, which had a role in recent months.

Even lower we find 0.98, previously the lowest level in 2011, but this was temporarily breached now just two weeks. It’s followed by 0.9724, which provided support back in November, and proved its strength now as well. There are further lines lower, but they’re too far now.

Looking up, there isn’t much. We have the round number of 1.03, which was almost reached on Friday as the first resistance line. We can also look at 1.0320, 70 pips above the previous resistance (equal to 70 pips gap between 1.0180 and 1.0250) as another minor line of resistance.

1.05 is also a round number in the distance, but it’s unchartered territory.

I am neutral on AUD/USD.

After running so fast in the past week, it is more likely to take a breather and trade more choppily on all the data, than immediately continue higher. 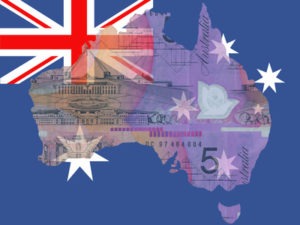 After making an impressing comeback, the Aussie now expects quite a busy week, with building approvals and Chinese manufacturing being the highlights. Here's an outlook for the Australian events and an updated technical analysis for AUD/USD. The Australian dollar reached fresh record highs against the US dollar. Will it continue or rest? AUD/USD chart with support and resistance lines marked. Click to enlarge: HIA New Home Sales: Publication time unknown at the moment. The Housing Industry Association has shown a strong rise in sales of new homes last month, 2.5%, after two months of drops. A small rise is expected…