Latest
You are at:Home»Forex News»AUD/USD Sliding in Steep Channel, But Remains in Higher 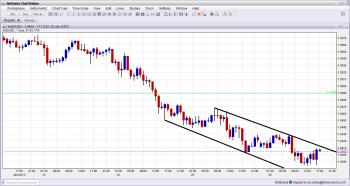 AUD/USD continues its downwards spiral, and its movements are now within a downwards channel, as seen on the hourly chart. Looking at the daily chart, we certainly see a drop from the high end of the wide range, but the pair still resides comfortably in the upper part of that range.

1.0345 is now the next support line: it served as support for several days in December 2012. On the topside, 1.0490 capped the pair in November and now works as immediate resistance before the all important 1.06 line. 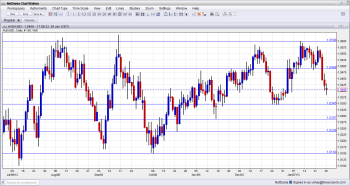 For more on the Aussie, see the AUDUSD forecast.

Get the 5 most predictable currency pairs
Previous ArticleUS Pending Drop 4.3% – Did the US Recovery Take a Break?
Next Article Forex Daily Outlook January 29 2013