The Big Ben met the press once again. He played down the chances of QE3, comparing the same period last year and saying that the situation improved. Euro dollar is weaker. USD/JPY is stronger. There were a few more interesting quotes. All the updates are here. 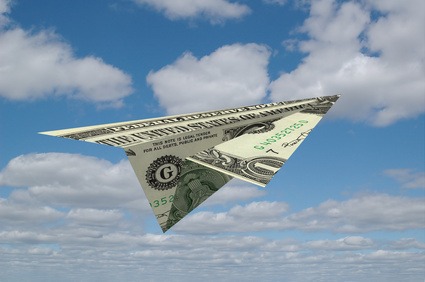 QE2, announced in November, is about to end in one week. The Federal Reserve said it would reinvest maturing assets. This begins now. Some think that QE3 will be announced soon, as the US economy is not doing well, to say the least.  See the  FOMC Preview for more on the expectations from this event. The big question is hints about QE3.

18:14 EUR/USD is just above 1.44. It didn’t move too much after the release of the FOMC Statement, that didn’t provide any news.

18:19 Recovery slower than expected, especially employment. This is temporary due to higher consumer prices.

18:21 Inflation is now higher, but expected to drop.

18:22 Low levels of interest rates are expected to remain for an extended period of time. No change.

18:23 Stopping to reinvest maturing assets is a separate decision that will be the first step of tightening. He will not say when.

18:25 He cannot explain why the recovery is so slow. Perhaps weakness in the financial sector, housing and deleveraging are to blame.

18:27 Greece is in a difficult situation. We are not involved. A failure to resolve the Greek crisis will hurt the global financial system – it is a risk.

18:28 Regarding QE3 – then, inflation was low and falling. QE2 has eliminated deflationary risks.

18:29 Situation is much better than one year ago: both deflation and weak job growth are gone. The case then was much stronger than now. Dollar stronger.

18:31 Sharp immediate cuts in the deficit won’t create jobs in the short run. Fiscal tightening is bad for job creation.

18:34 Inflation targets are worth considering, but not on the agenda now.

18:36 We are examining the exposure to peripheral European countries. Banks are not significantly exposed directly, although they are indirectly exposed. CDS not accounted for. We have asked banks, and the effect is very small.

18:39 But, a disorderly default in a small country will be significant for the US as well.

18:43 Has the rise in core inflation created worries? Some of the effects are temporary: supply chain in Japan (auto prices) – auto prices are expected to come back down.

18:46 Bernanke somewhat confused from the question but still says that core inflation is under control.

18:47 A long period of time means at least two or three FOMC meetings. We’re not close to an exit process at this point.

18:49 What type of exit strategy will be made? Bernanke refuses to answer. We all have estimates in our minds, and forecasts can change.

18:51 Bernanke submits his own forecasts. Considers himself somewhere in the middle. Sees the slowdown temporary.

18:53 We need to address the long term deficit. He doesn’t say what the government should do.

18:54 Growth in H2 is expected to be better. As a result, more jobs will be created according to forecasts. But concerning the unemployment rate, it will take longer….

18:58 If needed, we could buy more bonds, change communication, and do other stuff if conditions are necessary.

19:03 We are trying to help people buy houses by lowering interesting. But despite this and lower prices, the requirements have been tightened and unemployment remains high. The Fed is trying to address this.

19:06 While house prices are falling, this is mostly in “distressed” houses – foreclosed. If this will stabilize, prices will rise and confidence in buying homes will rise. Interesting point. 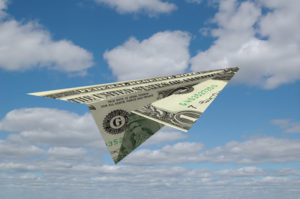 The Big Ben met the press once again. He played down the chances of QE3, comparing the same period last year and saying that the situation improved. Euro dollar is weaker. USD/JPY is stronger. There were a few more interesting quotes. All the updates are here. Highlights: QE2 Lite kicked off - reinvestment of maturing assets is underway as QE2 ends. Situation is better now than one year ago: no deflation and a higher rate of job gains. The explicit talk about QE3 and the comparison to the period of QE2 (this time last year) is an important hint that…