Home » ECB: A 25bp rate cut will do little to lower

ECB: A 25bp rate cut will do little to lower

Economists are awaiting the ECB to cut the lending rate, something that markets aren’t totally convinced with. A 25 basis point rate cut will do little to lending rates from a financial stability point of view, says John Kicklighter of DailyFX.

In the interview below, Kicklighter also discusses Japan’s policies, the downgrades of the UK and other topics moving currencies.

The Bank of Japan has embarked on a remarkable program, but they are realistically the second act. The market has grown familiar with the open-ended stimulus program and its effectiveness. The Fed’s efforts have been particularly productive as it was supported by a number of factors. First and foremost, it was novel. Constant support was an attractive way to spur risk taking (moral hazard perhaps). However, beyond that; the Fed is the largest central bank so their stimulus effort is seen as a prop for sentiment globally. Naturally, that progresses into both an increase in US money supply and effective bump in risk appetite globally which weighs the currency through natural devaluation of the currency and a diversion from safe haven assets. Add to that low volatility levels and rates of return, and global investors are sent desperately chasing whatever returns they can find – a further burden to the dollar. For Japan, the effort is different. Though the rate of stimulus as a percentage of GDP and current balance sheet is larger, they don’t have the influence of the Fed. Furthermore, the appeal of frontrunning JGBs (trading ahead of Treasuries was a considerable trade at the start of the Fed’s stimulus regime) isn’t as effective as they are already exceptionally, yield next to nothing and are held by a vast majority of domestic interest. The yen will only depreciate consistently as long as volatility is exceptionally low.

The downgrade on the United Kingdom was a remarkable development, but the market impact was muted. In fact, the sterling barely moved after the news – and the short-term reaction was the best potential from this update. For the longer-term influence, the currency influence is modest. Since another rating agency had already downgraded the country, the first-mover status was already rendered irrelevant. Further out, we have seen the limited impact that the United States’ downgrade had on the US currency and capital markets. The fundamental comparison is rather easy to make. If the rating downgrade – and even 1Q GDP – isn’t carry a serious influence over price action; that means the market will defer to the stimulus argument. The pound was driven down over the opening months of the year on the belief that the BoE would ramp up its stimulus effort to compete with that of the Fed, BoJ and ECB. We have since seen little follow up on that, and bears continue to unwind their exposure.

3.                        The head of the Bundesbank Jens Weidmann sent the euro down with what was analyzed as a rate cut. Apart from cutting the rates, does the ECB have tools to lower the value of the euro in light of the ongoing QE in the US and the ambitious program in Japan?

A rate cut is exactly what economists (the markets don’t seem as convinced) are expecting from the European Central Bank. However, a cut to the benchmark lending rate does relatively little from a financial and economic stand point. The first assumption in easing rates would be for cheaper loans to encourage access to funds, investment, consumption and overall GDP. Yet, we see little of this support trickle down from the most recent ECB rate cut to 0.75 percent and there is plenty of evidence from other central banks that rate cuts made when the benchmark is near zero has marginal return. From a financial stability point of view, a 25 bp cut to the standard rate does little to materially lower the sovereign and corporate banking lending rates which can swell quickly. If the aim is to see the euro lower – which there is little evidence to suggest that the ECB is really interested in – then little short of an ‘active’ open-ended stimulus program will do. Japan and the US have set the threshold quite high.

4.                        While attention has been on the price of gold, also the price of copper continued falling. Copper is often considered a forward looking indicator for global demand. Is this fall a warning sign or does the current price reflect other market factors?

Copper is a forward looking measure more from an economic perspective. It is a metal that is used far more expressly in industrial applications and therefore it is an upstream gauge of economic activity. If consumers are seen buying finished goods, the business has to first purchase the raw material to make the item that will eventually be purchased. This is an academic (in other words rudimentary) measure of future demand that doesn’t really work well in today’s markets. Given the influence and distortions from stimulus efforts and appetite to seek out yield at any cost (directing speculative capital away from commodities that provide no yield and into riskier financial assets like high yield corporate debt), copper isn’t likely giving us a good read on economic growth and investment demand moving forward. 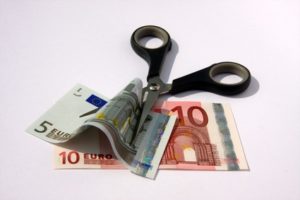 EUR/USD: Trading the US Non-Farm Employment Change May 2013

Economists are awaiting the ECB to cut the lending rate, something that markets aren't totally convinced with. A 25 basis point rate cut will do little to lending rates from a financial stability point of view, says John Kicklighter of DailyFX. In the interview below, Kicklighter also discusses Japan's policies, the downgrades of the UK and other topics moving currencies. John Kicklighter is a currency strategist for FXCM in New York where he specializes in combining     fundamental and technical analysis with money management. John authors a number of regular articles for  DailyFX.com, ranging in topics from basic fundamental…