Home » EUR/USD gathering strength before the next move

EUR/USD gathering strength before the next move

The EUR/USD is trading below 1.1600 but off the lows of 1.1530 seen on Tuesday. Markets are calmer on the day after trade wars finally caught the attention. Goldman Sachs CEO Lloyd Blankfein said that Trump’s tariffs and threats of tariffs are just a negotiating tactic and he did not seem concerned. This interview, from a prominent business leader, contributed to soothing tensions, at least for now.

Nevertheless, the US is still set to impose tariffs on China and the world’s second-largest economy is due to retaliate. The mood in financial markets may flip again. For the EUR/USD, calm means room to rise while a stock market sell-off implies a potential for further falls.

The Fed delivered a hawkish hike last week, signaling two additional rate increases this year. The ECB also announced the roadmap for exiting the stimulus program but weighed it down with conditions and a pledge to leave rates unchanged through the summer of 2019, a very dovish stance. The strikingly different messages sent the EUR/USD down.

Less than a week after those significant rate decisions,  can both gentlemen make news? By reiterating the stance, they could have a minor dampening effect on the euro. Things could become more interesting if they tackle trade. Both Powell and Draghi have voiced only muted concerns about trade. If they raise express more worries, markets will undoubtedly react.

Ahead of the event, we heard from two ECB members.  FranÃ§ois Villeroy said that he sees a rate hike in the summer of 2019, which is a slightly hawkish nuance on the main message. On the other hand, Ewald Nowotny stated that he sees the Euro depreciating. The latter comments pushed the pair marginally lower.

The US will release the Existing Home Sales indicator at 14:00 GMT.  See how to trade the event with EUR/USD. 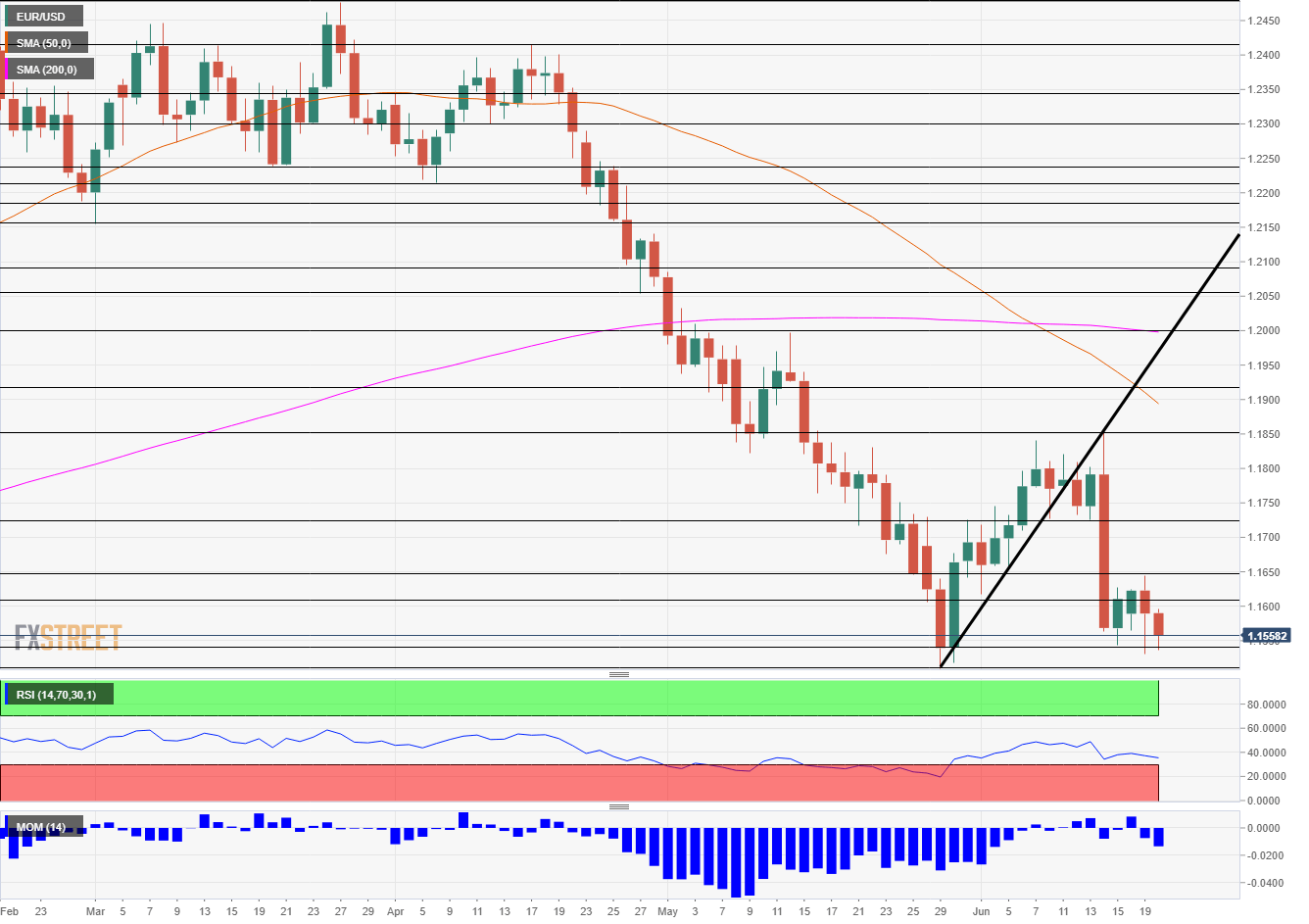 The trend is bearish with Momentum pointing down and the RSI still above 30, avoiding oversold territory. The pair also trades below the 50-day and 200-day Simple Moving Average. The grind  lower continues.

More:  Trump’s trade wars: where we are and 3 dates to pencil on 3 fronts 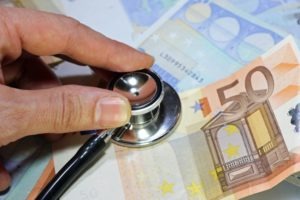 The EUR/USD is trading lower but for now, maintains a safe distance above the 2018 lows. Powell and Draghi, that triggered a storm last week, will speak in a panel. The technical picture remains bearish, leaving room for additional falls. The EUR/USD is trading below 1.1600 but off the lows of 1.1530 seen on Tuesday. Markets are calmer on the day after trade wars finally caught the attention. Goldman Sachs CEO Lloyd Blankfein said that Trump's tariffs and threats of tariffs are just a negotiating tactic and he did not seem concerned. This interview, from a prominent business leader, contributed…