Latest
You are at:Home»EUR/USD Daily»EUR/USD Feb. 3: Recovers, but unable to recapture resistance

EUR/USD began the new week with a small recovery, but isn’t able to climb back above the level it lost on Friday. Euro-zone PMIs came out better than expected and supported the pair, as tension mounts towards the ECB decision. The focus now shifts to the US, where we get the first hint for the Non-Farm Payrolls. 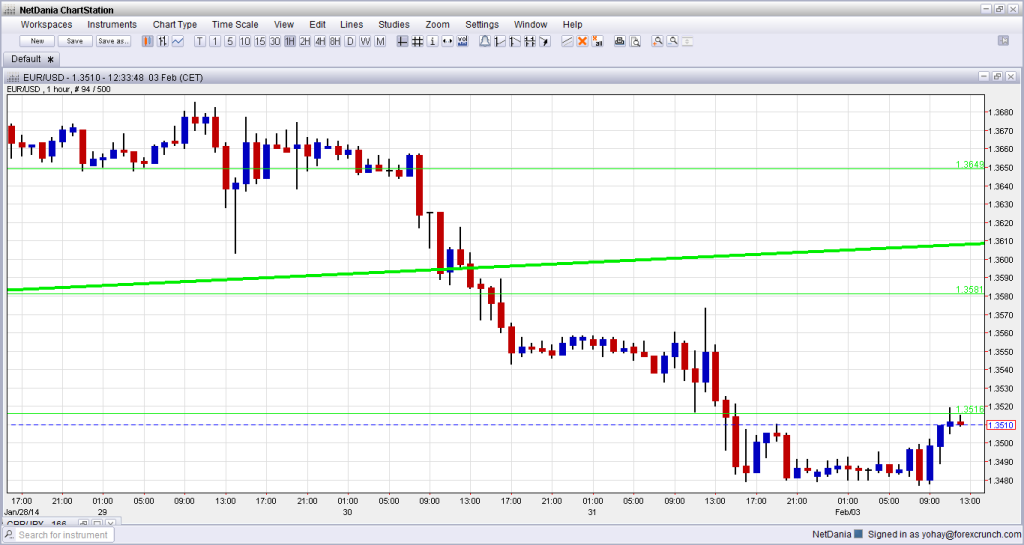 
Get the 5 most predictable currency pairs
Previous ArticleUK Manufacturing PMI drops to 56.7 in January – GBP/USD
Next Article A challenging start to 2014