Betting on Biden – Markets are cheering President Joe Biden’s push for passing a larger relief package, and the dollar advances with higher bond yields. However, sterling has room to recover.

Both the Commander-in-Chief and Treasury Secretary Janet Yellen have been urging Congress to “go big” in a series of media appearances following Friday’s disappointing jobs report. The US gained only 49,000 positions in January, worse than expected.

While investors are not expecting the total plan to reach the original $1.9 trillion suggested by Biden, they are pricing prospects of a sum closer to that rather than near the Republican offer of roughly $600 billion Democrats have advanced a spending blueprint without GOP support and the outcome depends only on internal negotiations.

Stocks are on the rise on hopes for faster growth while bonds are sold off ahead of potentially elevated debt issuance. In turn, higher yields on Treasuries make the dollar more attractive. While the case for robust stimulus remains dollar positive, it is unlikely to pass immediately, allowing for the dollar to take a breather.

Yet the bullish case for GBP/USD is based on virus figures. First, the UK’s vaccination drive is gaining pace, with over 17% of the population already having received one short, nearly double America’s 9.1%. Secondly, Britain has borne the brunt of the B 1.1.7 strain – aka British variant – while that more contagious version of coronavirus is only beginning to spread in the US. Cases are falling on both sides of the Atlantic, but they may turn back up in America.

Looking forward, the week features UK Gross Domestic Product figures, which might beat estimates – at least according to the Bank of England’s hints last week. The BOE specifically referred to the fourth quarter of 2020 and sounded optimistic.

All in all, GBP/USD has room to recover from the recent slide toward 1.37. 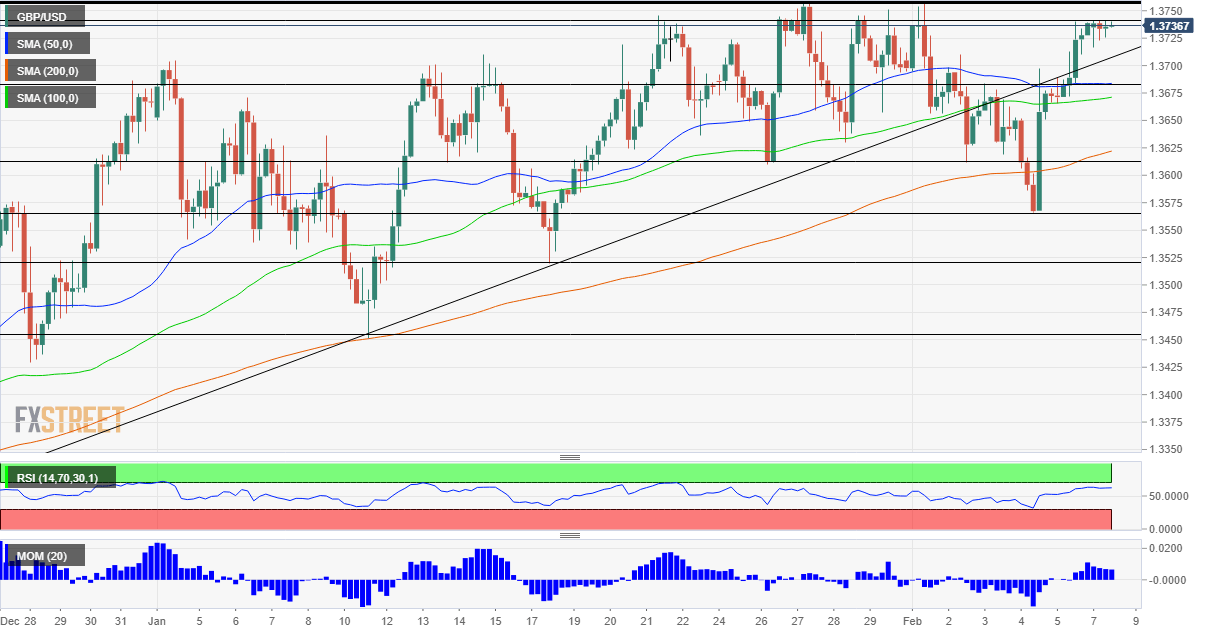 Pound/dollar is benefiting from upside momentum on the four-hour chart and trades above the 50, 100 and 200 Simple Moving Averages, a bullish sign.