GBP/USD’s stint with multi-year highs lasted only several minutes – and reached a peak merely eight pips above the previous week – but there is room for a fresh rally.

The pound has been supported for long days by Britain’s rapid vaccination campaign, which has reached nearly 7% of the population, ahead of the US and well beyond European countries. The UK moved from jabbing the most vulnerable people and advanced to those over 70.

Another reason for optimism is that Britain’s coronavirus cases continue falling from their highs – in what seems like a consistent downtrend and not a statistical fluke. While hospitals remain under pressure and the mortality rate is high, the UK’s harsh lockdown is bearing fruit. 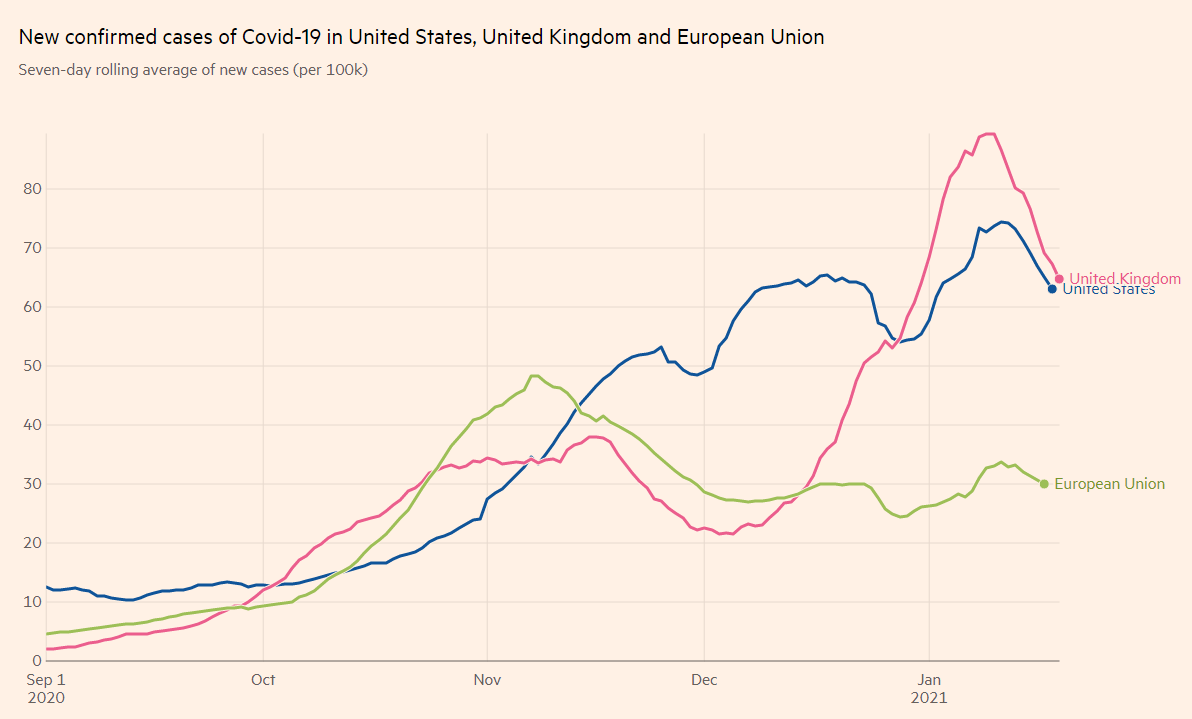 December’s inflation figures came out at 0.6% for the whole of 2020, marginally above expectations, adding an extra oomph to the pound. However, the next moves depend on the US.

Beginning of the Biden era

Joe Biden is scheduled to become president at 17:00 GMT, and according to reports, will waste no time in promoting his agenda. First and foremost, the incoming administration is keen on passing its $1.9 trillion stimulus bill, which Treasury Secretary nominee Janet Yellen discussed in length on Tuesday.

Yellen, formerly Chair of the Federal Reserve, called on Congress to “go big” and act.” She also refrained from detailing any plans to raise taxes, to the relief of Wall Street. The improved market mood sent the safe-haven dollar down.

Biden’s inaugural speech and first hours in office may be critical. If he pushes for a faster vaccination campaign and offers other growth-friendly policies, the dollar could continue lower. Conversely, any significant environmental curbs could weigh on sentiment.

Democrats not only take over the White House on Wednesday but also the Senate, with the swearing-in of the winners in Georgia, Raphael Warnock, and Jon Ossof. Comments from moderate Republicans and Democrats – critical to passing legislation – may also rock markets. Support for the relief package would weigh on the dollar.

All in all, as with every new beginning, there is room for optimism – and that means risk appetite that could push GBP/USD higher. 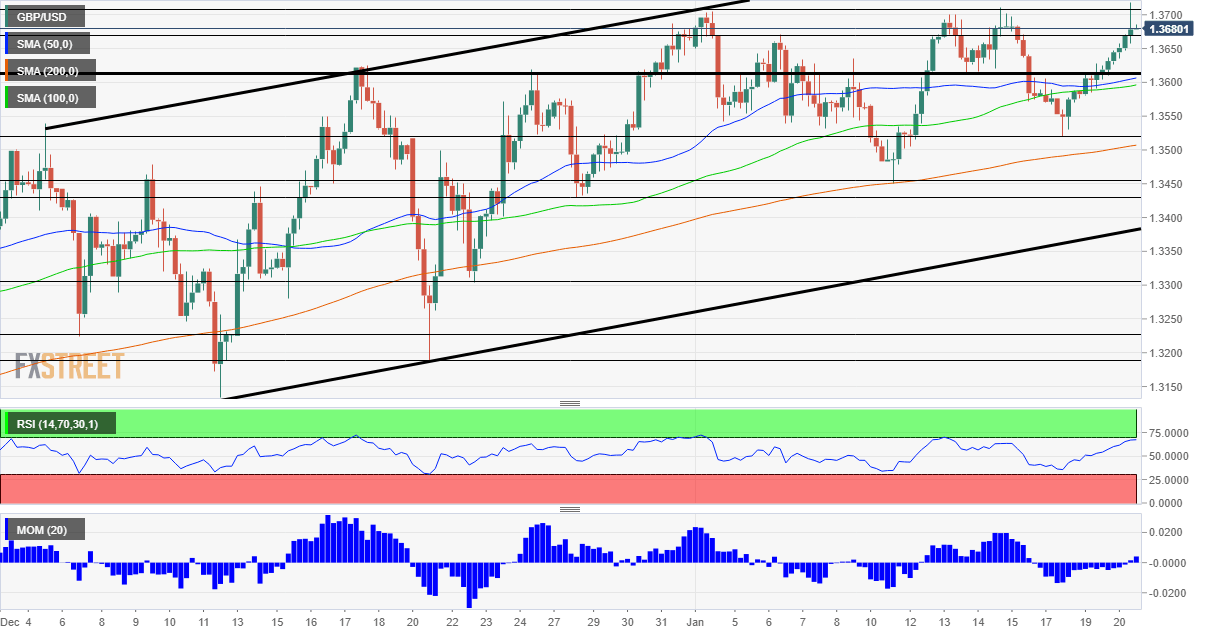 Momentum on the four-hour chart has flipped to the upside and pound/dollar left the 50 and 100 Simple Moving Averages well below – bullish signs. Despite the rapid ascent, the Relative Strength Index is still under 70, outside overbought conditions.

Get the 5 most predictable currency pairs
Previous ArticleECB Preview: Lagarde may try to talk down the euro providing a buy-the-dip opportunity
Next Article GBP/USD: Beginning of the Biden era to trigger a fresh rally