Latest
You are at:Home»Forex News»GBP/USD getting closer to the lows on political uncertainty

No less than 11 Conservative politicians have announced their aspirations to enter 10 Downing Street – leading the party and the country in a heated contest – and the pound suffers due to this uncertainty.

Former foreign secretary Boris Johnson’s position as the PM in waiting has eroded as an “anti-Boris” camp has emerged. Johnson has been criticized by several of his peers such as Matt Hancock and Rory Stewart. The latter was blamed for serving as a “suicide bomber” for Michael Gove – who blocked Johnson’s previous bid. In addition, former Brexit secretary Dominic Raab which has organized a “clean campaign pledge” with some of the other candidates but not with Johnson – a not-so-clean maneuver.

Uncertainty also plagues the opposition Labour Party. Following the massive loss of votes to pro-Remain parties in the European elections, several leading figures have come out in support of a second EU referendum. Nevertheless, leader Jeremy Corbyn has not given a ringing endorsement to the idea – a delay that irritates some of his voters.

GBP/USD has lost ground also due to the strength of the US dollar. Investors are piling into the greenback as US-Sino tensions persist and despite falling US yields. Once again, China has threatened to use its dominance in rare earth production as a bargaining chip – potentially limiting exports to the US. The subsequent risk-off atmosphere boosts the USD and the Japanese yen at the expense of all the rest.

Looking forward, further UK political developments in the British political scene and news related to tensions between the world’s largest economies will likely set the tone – the economic calendar does not feature any significant events. 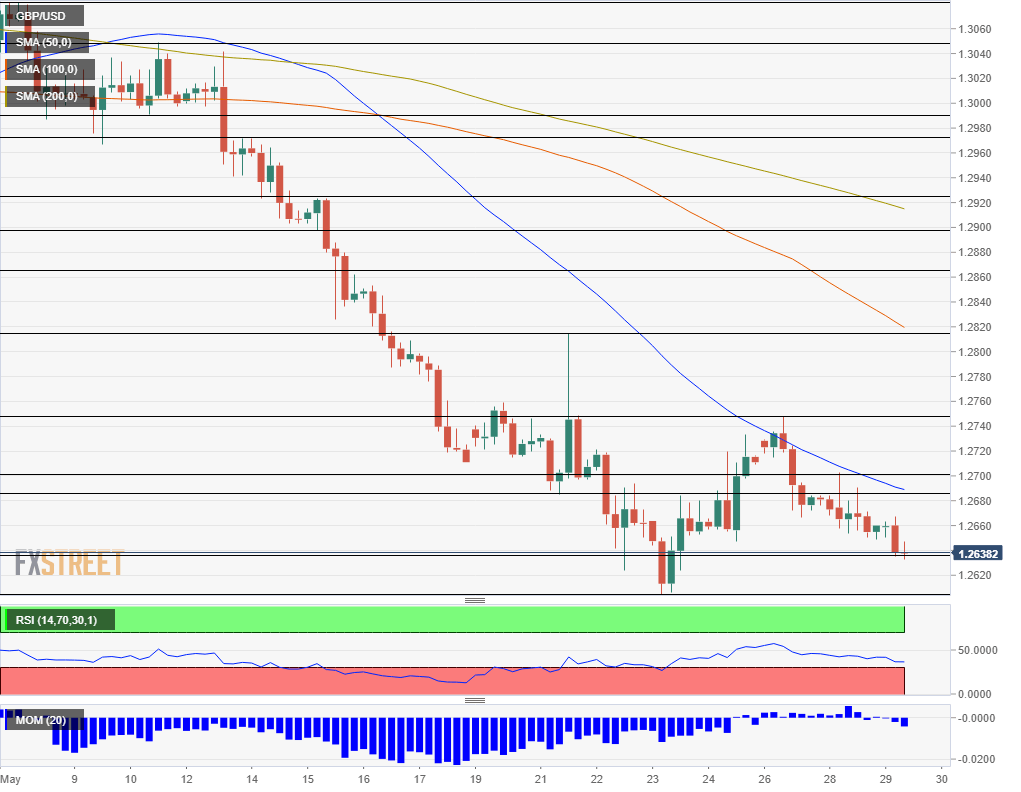 GBP/USD continues trading below the 50 Simple Moving Average on the four-hour chart with both trending downwards. Momentum has turned negative and the Relative Strength Index is also leaning lower – the bias is bearish.

Some resistance awaits at 1.2685 which was a temporary low last week. It is followed closely by 1.2700, a round number and also a swing high earlier this week. Next, we find 1.2750 that was the peak so far this week.

Get the 5 most predictable currency pairs
Previous ArticleCoinbase unlocks Paypal for Canadian users
Next Article USD/SGD: Upside pressure should be maintained – Commerzbank