Latest
You are at:Home»Forex News»GBP/USD has more room to the downside than the upside as May struggles for her political life

The GBP/USD is trading below 1.3000 once again, amid concerns about Brexit negotiations and the political future of PM Theresa May. What’s next?

Looking down, support confluences are few and far apart. 1.2929 is the meeting point of the PP one-day Support 1, the BB 4h-Lower, and the one-day low.

Further below, the 1.2888 level is a more significant cushion where we see the Pivot Point one-week Support 2, the PP one-day S2 and the Fibonacci 161.8% one-day.

The path of least resistance is to the downside. 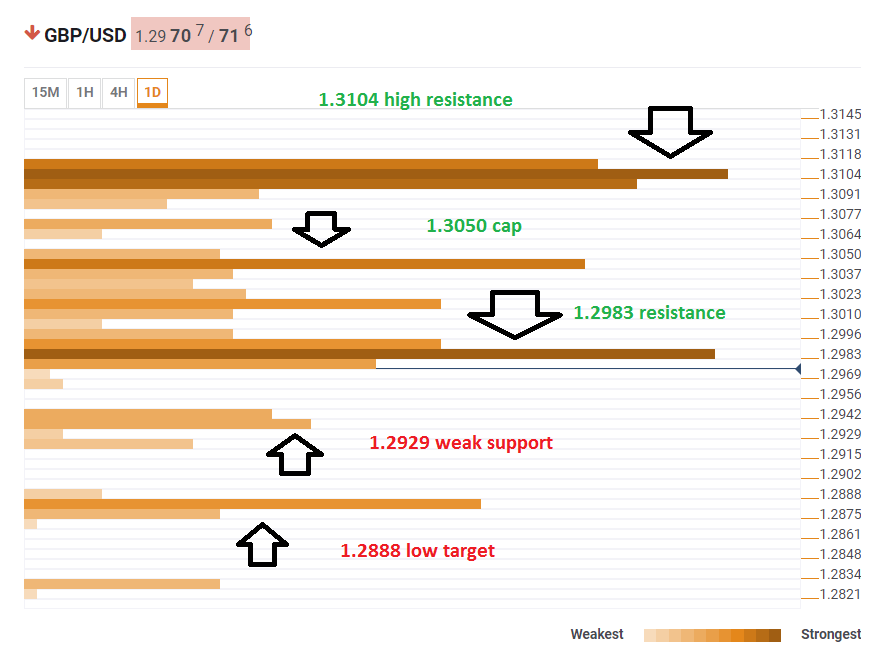 Get the 5 most predictable currency pairs
Previous ArticleRipple breaks free from the range; XRP’s bulls are not out of the wood yet
Next Article EUR/USD remains sidelined around 1.1480, focus on Italy, data