Latest
You are at:Home»Forex News»GBP/USD pressured at 1.3000, bounce or break?

GBP/USD is trading just above 1.3000, lower on the day. The thrill in markets is gone and the downbeat mood boosts the safe-haven US Dollar. China and the US reported “new progress” on trade talks, but these reports have circulated before.

The upbeat UK retail sales report sent GBP/USD temporarily higher. Sales rose by 1.1% in March, beating expectations for a drop. In addition, it came on top of upwards revisions. Excluding fuel, an increase of 1.2% was seen, also far above early forecasts.

Retail sales complete a series of three top-tier figures that began with the OK jobs report, continued with the mediocre inflation data and concludes now. All in all, the data is mixed and does not provide a clear direction, leaving the few Brexit headlines and the market mood to shape trading. Without any progress in Conservative-Labour talks, the pound is probably limited.

Later today, the US releases its own retail sales report. Moderate increases are on the cards. 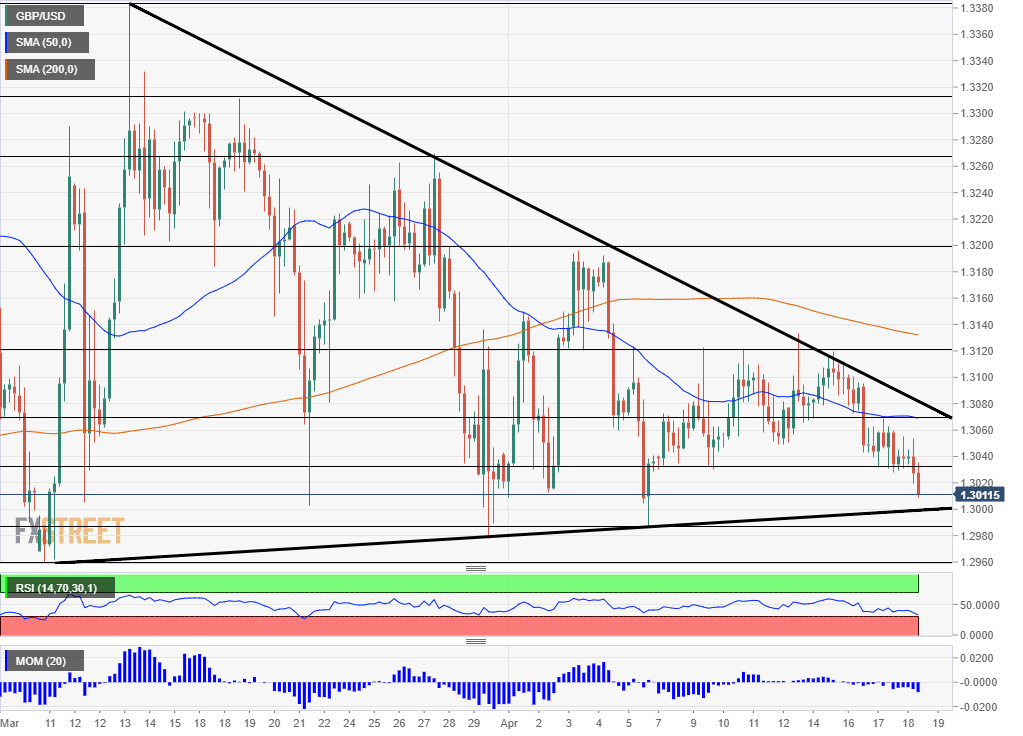 After the downtrend resistance line rejected any upside move, GBP/USD is now closer to the uptrend support line that also dates back to early March. The line meets the round 1.3000 level at the time of writing, making it a critical support line.

Momentum on the four-hour chart remains to the downside and the Relative Strength Index is nearing 30, but still holds above oversold conditions.