NZD/USD retreated for a second week in row, despite receiving some positive figures. The greenback’s strength was just too much. Has the pair peaked? Inflation Expectations is the major event this week. Here’s an  outlook  for the events in New  Zealand, and an updated technical analysis for NZD/USD. 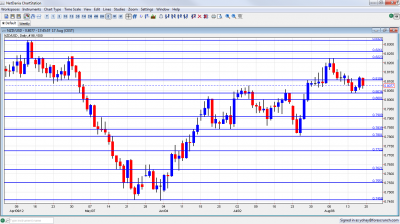 Kiwi/$ made an initial attempt to cross the 0.8105 line (mentioned last week) before falling to support at 0.8035. A second move also failed and the pair eventually closed at 0.8066.

The round number of 0.80 managed to cap the pair in November and remains of high importance, especially due to its psychological importance. It was hit by the recent moves and somewhat weaker now. Another round number, 0.79, is key resistance, after being a very distinct line separating ranges. It proved its strength also in June 2012.

0.7840 provided support for the pair several times during June 2012 and also worked as resistance back at the end of 2011. The round number of 0.78 is significant support after working as such in July 2012.

0.7723 supported the pair back at the beginning of 2012 and also worked in the other direction in June 2012. 0.7620 provided support in May 2012 and is resistance once again, although weaker than in previous weeks.

0.7550 is resistance once again, even after the breakdown. It was a very distinct line separating ranges and had a similar role back in January.

I remain bearish on NZD/USD

Chinese growth is still a worry and so are New Zealand’s fundamentals, especially the weak labor figures. In addition, the greenback now enjoys strength even European worries, and this should be another warning sign for the kiwi. 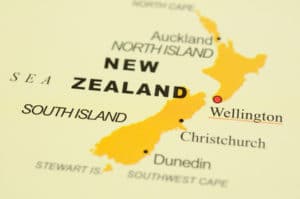 NZD/USD retreated for a second week in row, despite receiving some positive figures. The greenback's strength was just too much. Has the pair peaked? Inflation Expectations is the major event this week. Here's an  outlook  for the events in New  Zealand, and an updated technical analysis for NZD/USD. Last week, New Zealand's retail sales increased better than predicted posting a 1.3% gain in the second quarter following 1.5% decline in the first quarter. This reading was way higher than the 0.7% increase anticipated by analysts. Meantime Core sales increased by 0.9% broadly within expectations indicating NZ market is expanding. Updates:…

Ali B.10 years
Scroll Up