Home » Payrolls could well be on the soft side

Payrolls could well be on the soft side

A close examination of recent labour market evidence does not augur too well for non-farm payrolls when they are released later today. Continuing claims for the weeks in between the survey period actually rose by more than 50K, the ADP survey recorded a paltry 38K increase in May, and the employment component of the ISM manufacturing survey dipped sharply last month. One suggestion is that some employers have been reducing their workforce as a response to the growing cost of energy. It may also be the case that some industries have been experiencing supply shortages (such as the automotive industry) due to the lack of parts coming out of Japan, resulting in some hesitation regarding fresh hiring. The consensus is for an outcome of around 170K, but the risk seems skewed to the downside. 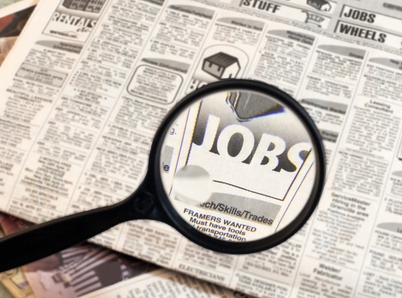 Moody’s give the US Government a timely warning. Not without justification, Moody’s fired a warning shot in the direction of the US Government yesterday, claiming that its credit rating would be placed under review for a possible downgrade if there was no progress on raising the debt limit over coming weeks. Moody’s remarked that the degree of political obfuscation and entrenchment on the issue was greater than expected, and that this was a factor in their revised opinion. Although Moody’s suggested that the risk of a short term default was very minor, it was rising. If there was no progress on budget talks by mid July then Moody’s would be likely to issue a formal review.

Trichet sets out his euro-vision. Without resorting to singing, ECB President Trichet set out his euro-vision on Thursday in a speech in Germany. The soon-to-retire head of the ECB suggested that a European finance ministry should be established, and that the EU should obtain the ability to veto a country’s fiscal policies if they go ‘harmfully astray’. Trichet envisages that the mandate for this Finance Ministry would include monitoring the fiscal and competitiveness policies of individual countries, and taking direct responsibility for those countries in fiscal difficulty/distress.

The plucky euro. Against the backdrop of the alarming predicament in Greece and the risk that the crisis there may ultimately spread throughout Europe, the single currency has been remarkably resilient over recent trading sessions. It is nothing to get too excited about, but the price action is noteworthy nonetheless; on Monday of last week the EUR briefly dipped under 1.40, but overnight it managed to get through 1.45. Notwithstanding the pervasive gloom regarding Europe’s sovereign debt crisis, the common currency has barely lost any ground against most other major currencies in the current quarter. More buying by those determined sovereign wealth funds has certainly helped, as did some talk of additional Greek austerity measures, including a lower income tax threshold and higher taxes on tobacco, heating fuel and soft drinks. In addition, other major currencies have their own fair share of problems right now. The dollar for instance is being weighed down by clear evidence that the US economy has slowed over the past couple of months, the pound is being held back similarly by the ongoing recession in the private sector, and the Japanese yen is being handcuffed by an economy that has slipped into recession. The only real winner amongst the majors in this increasingly cautious environment has been the Swiss franc. It is difficult to be particularly comfortable with the euro right now, but it is not as though most of the other major currencies have much to recommend either.

A more vulnerable time for the dollar. For some weeks we have been suggesting that the dollar was set for a better time, if only because sentiment had become extremely negative and positioning exceedingly short. Therefore, the 5% rise in the dollar index witnessed over the first three weeks of last month was no surprise. However, the greenback is more vulnerable again, especially now that a good proportion of those short positions have been cleaned out. More worrying for the dollar is recent signs that the economy has lost some vigour. Both the labour market and the manufacturing sector, which have been fairly vibrant in recent months, appear to be losing impetus. It remains to be seen whether this is simply a pause for the economy, or whether this is something more substantive. Perhaps the tightening of financial conditions over recent months represented by higher energy prices is weighing on demand to some degree. With interest rate differentials moving against the US, the dollar might struggle in the near term.

Growing pessimism towards Chinese equities. There may be growing trepidation over the apparent loss of traction in the American economy over the past couple of months, but it appears there is a similar concern emerging in China as well. Earlier this week, a PMI index for May fell to a new 9-mth low. The Shanghai Composite fell again on Wednesday to its lowest level in four months. From the high reached in mid-April, this index has lost 12%, so it certainly has been a sharp correction. Speculation has been mounting that the PBOC might just hike rates again next week amidst continued concerns about inflation. 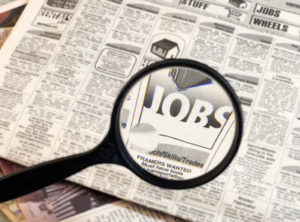 A close examination of recent labour market evidence does not augur too well for non-farm payrolls when they are released later today. Continuing claims for the weeks in between the survey period actually rose by more than 50K, the ADP survey recorded a paltry 38K increase in May, and the employment component of the ISM manufacturing survey dipped sharply last month. One suggestion is that some employers have been reducing their workforce as a response to the growing cost of energy. It may also be the case that some industries have been experiencing supply shortages (such as the automotive industry)…