According to the second estimate of GDP for Q4, the British economy squeezed by 0.3%. No change was expected to the first release, which showed a contraction of 0.3% in Q4, after only one quarter of growth in Q3. 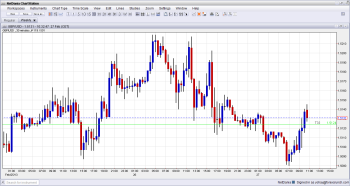 GBP/USD advanced towards 1.5140 before the publication, recovering from the lows of 1.5080 seen earlier in the day.  After the publication, the pair is sliding back down to 1.5125. Also the business investment figure weighs.

For more levels and events, see the British pound forecast.

Business investment for Q4 dropped by 1.2% while it was expected to grow by 2.2% after a leap of 3.8% in Q3. This is the initial release of this indicator. The index of services also fell short of expectations by falling 0.1% instead of rising at the same scale.

The GDP numbers for all of 2012 were revised to 0.2% growth from stagnation reported initially. This is thanks to an upwards revision of Q1 and Q3. However, Q4 was not revised. This annual figure caused confusion in the initial reporting of the revision to Q4 growth.