Home » US Government shuts down for the first time in 17

US Government shuts down for the first time in 17

The overnight session was once again filled with action, as politicians in Washington refused to budge from party lines and careened the government into shut-down mode for the first time in 17 years.   The late-night vote for the continuing resolution with a stopgap plan that delays ACA (Affordable Care Act) was passed by the House with a count of 228 for and 201 against, which prompted an immediate response from Senate Majority leader Reid reiterating that the Senate would not be passing any House plan that was not a “clean” funding bill.

While the US continues to remain in political deadlock and the government shutters it’s non-essential doors until a spending plan can be reached, the “bright side” of last night’s vote was that 12 Republicans voted ‘Nay’ and 9 Democrats voted ‘Aye’; therefore, there may be some wiggle room in the House to get closer to passing something the Senate would consider tabling before the President. As of right now it doesn’t seem like there are many bargaining chips left on the table, so it was be interesting to see how fast outside pressure mounts.   As mentioned yesterday, the real market catalyst is not the government shut-down itself, but the risk the negotiations continue to tread water and the market become more pessimistic as the debt ceiling approaches.

S&P futures were little bothered overnight, and are actually positive as we head into the North American open.   The USD is weaker against a basket of currencies, with the DXY slipping below the 80 level before finding some buying support.   The Loonie has managed to claw back its overnight losses, and is currently pivoting close the 1.0300 level before the opening bell.   Implied volatility in the options market for USDCAD has ticked up recently, but still remains well below the highs back in 2011 when the debt ceiling debate first gained prominence.   Calls on the USD in the options market are still more expensive than puts, but the market’s lack of anxiety has risk reversals at depressed levels when compared to Q3 2011.   With the market seemingly little bothered by a government shut-down, protection from the ‘fat-tail’ risk of a less-than-smooth navigation of the debt ceiling appears cheap at these levels.

In Asia, strong sentiment readings from Japan’s largest manufactures boosted confidence that Prime Minister Shinzo Abe is on the right track with monetary and fiscal policy reforms.   The quarterly Tankan readings for large manufacturers came in at the strongest levels since 2007, showing that Abe’s sweeping policy changes are helping the economy gain traction.   The manufacturing industry seems little phased by the fact that Abe is set to introduce an increase in the national sales tax from 5% to 8%, a move that is set to raise a   ¥8tn per year and eat into the ballooning government deficit.   In order to cushion some of the blow of the sales tax increase, Abe is also planning to announce a stimulus package valued at   ¥5trn, aimed at infrastructure investment leading up to the 2020 Olympics, and expanded tax rebates for corporates.   With the positive developments in sentiment of manufactures in the region, any JPY strength from the flight to safety trade due to government shut-down concerns in Washington could be a good opportunity for client’s long JPY to think about taking some exposure off the table, as the perceived success of ‘Abenomics’ could propel USDJPY back towards the 100 level.   The yen grinded higher against the big dollar overnight, dropping the USDJPY pair below the 98 level during the Asian session.

The Reserve Bank of Australia held their monthly policy announcement overnight, and while the central bank kept interest rates unchanged at 2.5% as expected, the accompanying rate statement was closely eyed to see if the communication from Governor Stevens confirmed that the RBA’s easing cycle was complete.   The RBA once again struck a ‘neutral’ tone in regards to the future for monetary policy, reiterating the effects of their recent monetary policy easing were still being disseminated throughout the economy, and refrained from telegraphing what the next move on interest rates would be.   Just ahead of the rate decision retail sales for the region came in slightly warmer than forecast with a monthly increase of 0.4%.   The bright spot for August bucks the trend of consistent underperformance for retail sales in Australia, and is a far cry from the central bank claiming success in stoking consumer demand, however the combination of a neutral RBA and better than expected retail sales has the Aussie flying high, up over a full figure against the USD north of the 0.9400 handle.

European markets are mixed as we move into the North American cross, with the FTSE lower by 0.33%, while the Stoxx and Dax add 0.55% and 0.52% respectively.   German 10 year Bunds are lower this morning, as investors rotate into equities despite a worse than expected unemployment report which saw the German economy shed 25k jobs in the month of September, a sign the recovery for the backstop of the EZ remains uneven.   The EUR has given back some of its overnight gains, and is currently trading in the mid-1.35s against the USD as traders remain wary of the possibility for a new LTRO at the ECB rate decision  tomorrow.   While it is certainly evident that credit expansion in the region is abysmal, the last few LTROs have done little more than bolster the balance sheets of banks under siege, so it will be interesting to see if Draghi deems another LTRO would be beneficial.   With the EUR at some of its loftiest levels on the year, corporations that are long EUR’s might want to explore their options heading into the ECB rate decision  tomorrow.

While it is likely the ebb and flow of markets will be driven by developments out of Washington as the day progresses, at  10:00am EST  investors will get some tier-one economic data from the US that could draw some attention.   The survey conducted by the ISM on purchasing managers in the manufacturing industry is due out in a few hours, and is expected to show a slight decline from the August reading to come in at 55.00 in September.   Should the survey continue to hold its recent trend of forecast beats, the upside deviation would help spur some modest USD buying, putting pressure on a Loonie that’s been confined to directionless trading so far this week.

GBPUSD: Bullish, Remains on the offensive 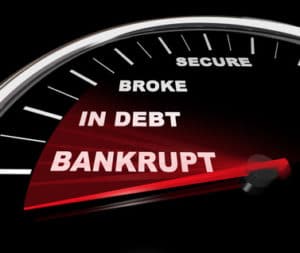 The overnight session was once again filled with action, as politicians in Washington refused to budge from party lines and careened the government into shut-down mode for the first time in 17 years.   The late-night vote for the continuing resolution with a stopgap plan that delays ACA (Affordable Care Act) was passed by the House with a count of 228 for and 201 against, which prompted an immediate response from Senate Majority leader Reid reiterating that the Senate would not be passing any House plan that was not a "clean" funding bill. While the US continues to remain in…