The Canadian dollar continues marching forward, taking advantage of whatever it can. UDS/CAD is getting comfortable under 1.31 with the low so far standing at 1.3076.

The initial boost to the C$ came from the Bank of Canada, initially from Wilkins, which switched its stance to hawkish. A stronger economy gave rise to optimism. USD/CAD fell sharply below support at 1.3380 and never looked back.

Some unconvincing Canadian inflation figures weighed but this did change the overall trend. Other figures such as retail sales and jobs data continue supporting the Canadian dollar.

The most recent fall is driven by two factors:

Support awaits the pair at the March low 1.3050, and the pair is getting close. Further support is at the round level of 1.30, which is a big psychological barrier.

Here is the Dollar/CAD daily chart that shows the downtrend.

Bank of Canada Stephen Poloz will be speaking at the Sintra Forum, alongside his predecessor Mark Carney, the current Governor of the BOE. Crude Oil Inventories are released soon. 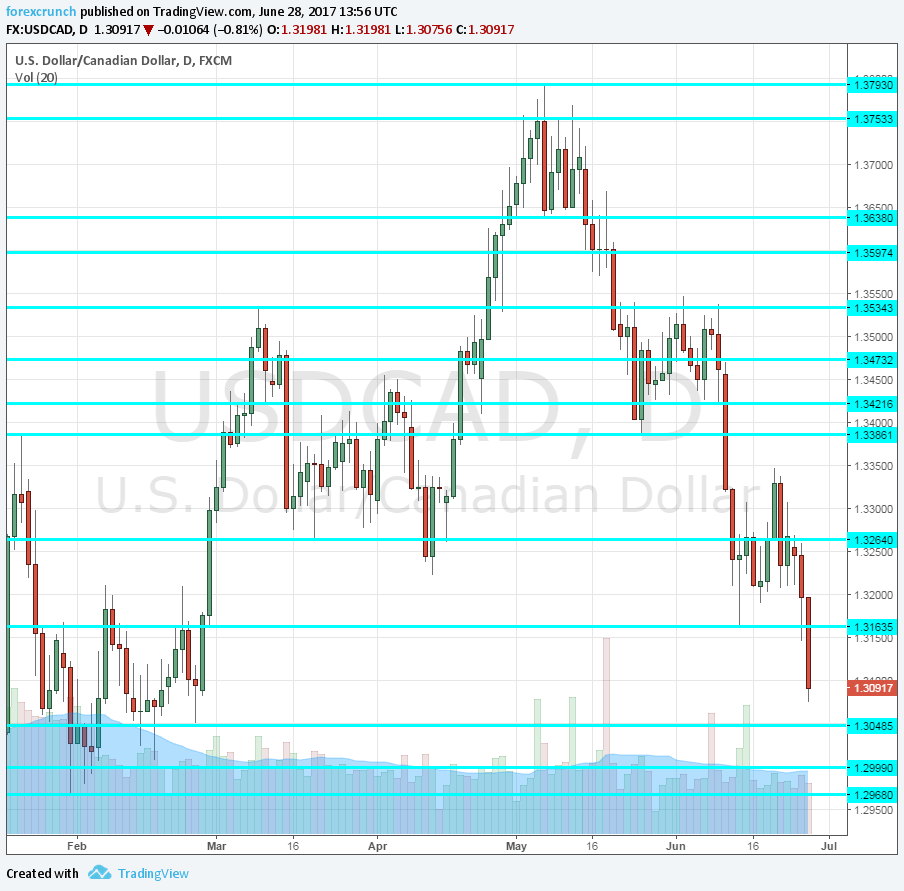