The buying enthusiasm for North American equities dissipated yesterday, after a rather uneventful day in terms of news flow left stocks to chop in a tight range before closing modestly lower.   While the rally for equities may have taken pause, the  demand for bonds showed now signs of slowing down, with buying momentum sending the 10-year US treasury yield past strong support to trade down to 2.43%.   A combination of a  low inflation expectations and relative value compared to  other developed bond markets signals  asset managers’ insatiable appetite for US fixed income may  not be satisfied just yet,  even with  the market  well aware the Fed is on course to being to raise rates around the middle of next year.

The overnight Asian session was not able to spark a  turnaround in equities after the soft close  on Wall Street, as the Nikkei ended the day flat as a result of Japanese retail sales for April falling off a cliff.    Although it was  widely expected to see some give back after the pre-tax front-running in March, the 4.4% decline on a y/o/y  basis was over a full percentage point lower than what analysts had estimated heading into the number, and questions Shinzo Abe and the Bank of Japan’s confidence that the economy will be  able to absorb the tax hike  relatively unscathed.   The  size of the contraction in GDP over Q2 will be an important factor on influencing the BoJ’s decision on if their asset purchases program is an optimal size or if it has  room to expand later this year, but for now the  weak retail sales  print has done little to weaken the  Yen, with USDJPY trading in the mid-101s.

European trade has been relatively thin given  German and French banks are observing Ascension Day and thus volume as  been lower than usual this morning.   That being said, both the EUR and GBP have managed to find some support  against the big dollar on a short-covering bounce that has left the DXY  weak and sliding back toward its  200-day moving average.    After cratering through trend-line support yesterday and giving up nearly 2% this month,  Cable  has managed to find  somewhat of a bid tone this morning, propped up  by the notion that dissension within the ranks  on Threadneedle Street might be intensifying.    Monetary Policy Committee members  Weale and Bean are beginning to get more vocal about the status of the British economy, and while they don’t advise an immediate rate hike is necessary, do argue there is less spare capacity in the UK economy than  the head of the Bank of England, Mr. Carney, is letting on.   GBPUSD has managed to fend off a capitulation through the 1.67 handle for the time being, but will most likely need to see some follow-through buying interest to dissuade the bears to put more pressure on the pair.

Heading into the North American open, all eyes were focused on the second estimate of Q1 GDP growth for the American economy, which  ended up being revised lower to a 1.0% contraction, worse than the 0.5% decrease  analysts had been forecasting, and a stark contrast to the first estimate of 0.1% growth.    The de-stocking of inventories were the big weight  on the reading this  morning, coming in with a lower revision than the initial report, yet should bode well for the  economy in Q2 as businesses look to build back up to previous levels.   In addition,  consumption expenditures came in slightly better than the advanced estimate, increasing by 3.1% over the quarter as households remained optimistic about economic prospects.   So even though the headline number was worse than expected, there are parts of the report where silver linings can be found, and thus we’ve seen a muted reaction in FX markets were the DXY and bond yields are largely unchanged.

S&P futures are pivoting around the UNCH mark ahead of the opening bell in North America, while the Loonie refuses to cede  ground and pushes USDCAD back into  it’s comfortable range in the mid-1.08s.   Loonie buying interest perked up during the overnight session after the Aussie went on a run due to more optimistic prospects for business investment throughout the remainder of the year,  and helped push up the commodity-currency bloc on a correlation flow basis.   The  underlying bid  tone in the Loonie  was also reinforced by a  smaller  current account deficit for Q1 than had been  expected, with  Canada posting its first trade surplus in more than two years.   The  consequence of the better than expected current account data was fairly muted, as exported growth had  been previously well documented  over the  month of  February, and the  big takeaway from the report is that this  performance in the export sector will have to be sustained before the overall outlook for the Loonie changes.

On the docket for the  remainder of the session,  Pending Home Sales for the month of April  in the US is set to drop at  10:00EST, and expected to show a slight increase of 1.0% on a m/o/m basis. The  health of the housing industry for the beginning of Q2 has so far been a mixed bag, with Existing Home Sales  exhibiting a slight bounce from the  March lows but still at lower levels than  had been expected, while New  Home sales topped forecasts and managed to get back to levels we were accustom to seeing at the end of 2013.    Make sure to speak to your dealing teams heading into the release, as the performance of the housing industry will most likely play a large part in how consumer demand holds up in Q2, and thus will have an impact on the major currency pairs as a result.

The US economy contracted by 1%, jobless claims fall to 300K 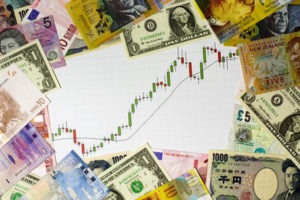 The buying enthusiasm for North American equities dissipated yesterday, after a rather uneventful day in terms of news flow left stocks to chop in a tight range before closing modestly lower.   While the rally for equities may have taken pause, the  demand for bonds showed now signs of slowing down, with buying momentum sending the 10-year US treasury yield past strong support to trade down to 2.43%.   A combination of a  low inflation expectations and relative value compared to  other developed bond markets signals  asset managers' insatiable appetite for US fixed income may  not be satisfied just yet,…