The US dollar has gained a boost from many Fed speakers who have talked up tapering, while the Bank of England has decided to keep its policy rate unchanged.

As expected, the Bank of England maintained its monetary policy settings, holding interest rates and the Asset Purchase Facility at 0.1 % and £895 billion, respectively.

However, only one MPC member, Michael Sanders, voted against QE, which was considered a critical reason that delivered a minor boost to the British pound.

–Are you interested to learn more about automated forex trading? Check our detailed guide-

The Bank of England went on to say that a negative interest rate is not the preferable policy.

Nonetheless, rumors of negative rates proved to be crucial in discouraging bulls from putting aggressive wagers and limiting gains for the GBP/USD pair.

The spread of delta variant

The UK economy has grown strongly in recent months as lockdown measures have been reduced as a result of the rapid speed of vaccinations and earlier lockdowns aiding in the containment of the virus.

Despite the fact that the delta variety has been spreading, new cases have been declining in recent days. This is unlikely to have had a negative impact on economic activity in England because all constraints were lifted in a substantial way.

Boost in USD after the Fed Taper talk

Yesterday, we had an opportunity to examine how much the market is reliant on the Fed’s monetary policy expectations. The biggest cause of volatility in US and European markets, as well as the majority of the world’s markets, is speculation regarding the timing of the Fed’s taper.

According to the independent ADP report, private-sector employment growth was only 330K, half of what was projected and lower than last month’s data. This job growth rate is concerning, given more than 6.5 million employees remain unemployed compared to pre-pandemic levels.

Not to mention the natural expansion in the labor market over the course of these 16 months.

The ADP findings dampened expectations for Friday’s official Nonfarm Payrolls statistics and fueled speculation that the Fed would have no need to reduce its stimulus.

The ISM Services Purchasing Managers’ Index, on the other hand, was stunned with a sky-high score of 64.1 points — including an increase in the Employment factor. The figures provide hints about Friday’s Nonfarm Payrolls.

The data also put significant pressure on the currency while failing to provide considerable support to the stock market. Investors were concerned about a slowing in corporate earnings and sales growth.

While he did not support an outright cut in the Fed’s bond purchases in 2021, he did state that it is already a step toward tightening.

Furthermore, Clarida stated that the requirements for a rate hike might be met in late 2022, which, coupled with an increase in US Treasury bond yields, provided some support to the USD.

According to prominent Fed hawk James Bullard, the coming dismantling of QE would pave the way for a rate hike as early as next year, if required.

Referring to the QE program, Dallas Fed President Robert Kaplan mentioned that, “as long as we continue to make progress in July numbers and in August jobs numbers, I think we’d be better off to start adjusting these purchases soon”.

He went on to say that tapering throughout “plus or minus” eight months would offer the Fed “as much flexibility as possible to be patient and flexible on the Fed funds rate.”

In addition, another FOMC member, Christopher Waller, hinted a few days ago that the Fed is obligated to begin reducing balance sheet purchases by October.

The previous day’s concentration of hawkish comments drastically changed the dynamics of the US currency. As a result of Clarida and Bullard’s comments, the dollar index rose 0.5 %, indicating a rise on Thursday morning.

The present Fed standoff between hawks and doves, as well as bulls and bears on the dollar, is set to peak on Friday.

The labor market statistics could be a powerful justification for one side or the other, but stock markets and the greenback can remain in tight ranges until then. 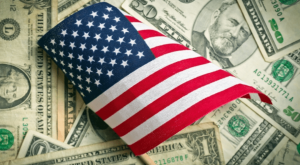 BoE decided to leave the policy rate at 0.1%. The rise of the delta variant won't hurt the economy. Fed taper talks boosted the USD. The US dollar has gained a boost from many Fed speakers who have talked up tapering, while the Bank of England has decided to keep its policy rate unchanged. BoE policy remains unchanged As expected, the Bank of England maintained its monetary policy settings, holding interest rates and the Asset Purchase Facility at 0.1 % and £895 billion, respectively. However, only one MPC member, Michael Sanders, voted against QE, which was considered a critical reason…