The British pound didn’t capitalize on the weakness of the US dollar in the past week. It is now expecting key housing figures, retail sales and the meeting minutes, among other events. Here’s an outlook for the British events, and an updated technical analysis for GBP/USD.

British figures weren’t too good this week: inflation significantly eased, possibly pushing back a rate hike. And the mediocre employment data didn’t help either. We’ll now get hints towards the next rate decision. Let’s start. 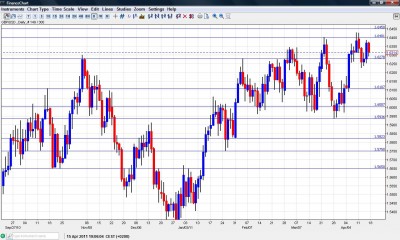 Cable began the week with a drop, and eventually lost the 1.6280 – 1.63 line (discussed last week). It manged to recover but didn’t get too far.

Looking up, we find immediate resistance at 1.64. This is minor support after being a peak on a previous failed attempt to break higher. Just above it, 1.6450, which was a swing high back in January 2010, is already much stronger resistance.

Moving higher, find minor resistance appears at 1.6515, a line that worked as support at the end of 2009. Resistance of higher significance is found at 1.67, which capped the pair several times at that period of time.

Higher above the pair will encounter 1.6877 which was a peak another peak. It’s only minor resistance now. For now, the final resistance line is 1.7042,  a peak reached in August 2009, and the highest level since the height of the financial crisis.

Looking down, initial support is found at the region of 1.6280 – 1.63. This isn’t as strong as beforehand, as it was broken through several times now. It was a peak back in November and worked as resistance since then.

Lower, the next line of support is at 1.6110 – a line that also switched roles and proved its strength preventing falls.  It’s followed by the round number of 1.60 continues to work as support, since August 2010, when it was a peak. It’s importance is diminishing.

Stronger support is found at 1.5940 after it prevented a bigger fall. This is the key line on the downside now.  Lower, the 1.5820 line, which served in both directions before the pair moved higher is a minor support line.

Not too far down, 1.5750 which is already a stronger line provides somewhat stronger support.  An even stronger line is 1.5650. This was the upper border of wide range that GBP/USD traded before shifting to a higher range. There are more lines below, but they’re getting too far.

I remain bearish on GBP/USD.

A weak British economy isn’t new, but this is finally reflected in lower inflation, easing the pressure for a rate hike and weakening the British pound.

More on the pound: 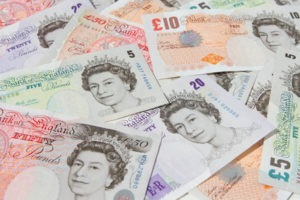 The British pound didn't capitalize on the weakness of the US dollar in the past week. It is now expecting key housing figures, retail sales and the meeting minutes, among other events. Here's an outlook for the British events, and an updated technical analysis for GBP/USD. British figures weren't too good this week: inflation significantly eased, possibly pushing back a rate hike. And the mediocre employment data didn't help either. We'll now get hints towards the next rate decision. Let's start. GBP/USD daily chart with support and resistance lines marked. Click to enlarge: Rightmove HPI: Sunday, 23:00. This report provides…