The overnight Asian session kicked off with the preliminary reading for Q3 GDP from Japan, with the region expecting to see a slight slowing in the rate of growth for the penultimate quarter in 2013.   The pace of economic advance for the first half of 2013 has been a welcome development for the supporters of Abenomics, with the fiscal and monetary policy reforms jump-starting growth prospects and fueling price increases to signal the Japanese economy is moving in the right direction.   The big question now is whether the reforms are sufficient building blocks of future prosperity, or if more will be required from the Central Bank and Government in order to ensure the recovery can find traction.

Investors are also raising some concerns, as the gains seen in the Nikkei from late 2012/early 2013 have stalled out, with the weakening of the Japanese yen also finding resistance to move USDJPY much higher from its current base.   Both the Nikkei and USDJPY look to be setting up technical flag formations (which tend to be continuation patterns) and corroborate our thesis that while the current reforms brought on by Abenomics have been sufficient in igniting growth, more will be required in order to confidently assume the recovery is on sustainable ground, pushing the Nikkei and USDJPY higher.

The GDP numbers for the Japanese economy came out slightly better than analysts had expected, but could only must a 0.5% increase from the previous quarter, down from the 0.9% registered in Q2.   Exports and personal consumption were both hit relatively hard during Q3, with the former dropping 0.6% and the latter slowing to growth of only 0.1%; raising red flags the momentum from Abenomics is slowing and could put the recovery at risk.   The yen has weakened considerably overnight and early this morning, falling on the prospects for further monetary stimulus and comments from the Finance Minister that is important for Japan to have intervention in FX markets as a policy option in order to curb excessive moves in its currency; USDJPY was unable to breach the 100 level overnight, but looks to be making another run at the psychological level at the time of writing.

Turning our attention to the Eurozone, preliminary GDP data was also released for the common currency bloc, with the annualized reading for Q3 coming in as expected, just sneaking out positive growth at 0.1%.   Data on the individual regions of the zone were more disappointing, with German economic growth slowing from last quarter’s 0.7% to 0.3% in Q3, and France actually showing a deterioration of 0.1% in Q3, down from the positive 0.5% figure registered in the second quarter.   Despite the less than enthusiastic growth statistics, equities are well situated in the green across the Atlantic, hopeful the softening growth prospects in the core of the zone will force the ECB to do more to stimulate the economic landscape after the last rate cut, potentially moving to QE model similar to what is currently being implemented in the US.   The CAC, Dax, and Stoxx are higher by 0.65%, 0.79%, and 0.55% respectively, while the EUR comes under selling pressure and pushes the common-currency into the low 1.34s against the USD.

As we head into the North American open, equity futures are modestly positive before the opening bell, finding a slight bid after the prepared remarks for Janet Yellen’s testimony reiterated her dovish stance on the American economy, highlighting unemployment was still too high and inflation was far short of its long-run goal of 2%.   Jobless claims for the most recent week in the US decreased slightly to 339k, however this was higher than the median forecast of 330k.   Trade balance numbers were also released for the American economy this morning, and showed that the deficit widened from $38.7bn to $41.8bn, slightly larger than analysts had been expecting.   Futures were little changed after the data releases, telegraphing markets will be keenly focused on the Q&A Yellen faces later today.

The Canadian trade balance figures also just hit the wires for the month of September, with the deficit narrowing by more than expected to $0.4bn, as growth in exports outpaced the gains in imports.   Exports from Canada to the United States increased during the month, increasing the trade surplus to $4.3bn, and showcasing that trade channels with the country’s largest trading partner are still performing moderately well.   Exports of energy products led the overall gains for the month, increasing to their highest level since September of 2008; an optimistic sign considering the gains came on the back of higher volumes rather than price increases.   Despite the slightly positive export figures, the Loonie failed to generate enough buying interest to claw back some of the overnight losses it experienced, with the pair content to pivot close to the 1.0500 handle.

While there isn’t much in the way of economic data releases for the remainder of the day, markets will be keen to evaluate Yellen’s testimony before the Senate Banking Committee at  10:00am EST.   While it is expected the Committee will approve Yellen’s nomination as incoming head of the Federal Reserve, the interesting piece for investors will be if she provides any hints as to her view on the Fed’s taper timeline.   There are likely to be some stiff questions from the Republicans on the Committee that have been critical of the Fed’s expansionary monetary policy stance, and it will be interesting to see how the new chairperson defends her past recommendations and what she expects for the future.   The consensus in the market is that Yellen is of the same mindset as Bernanke, potentially a touch more dovish, so any comments hinting at pushing the timeline for tapering into 2013 would underpin a bout of USD strength, while a more hardline view on getting unemployment lower and inflation higher could see some of the DXY longs head for the exits.   Make sure to speak to your dealing teams in regards to formulating a strategy around Yellen’s nomination testimony, as it could be a good guide for Fed policy as we get set for what it likely to be a very busy and volatile December. 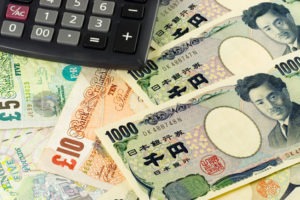 Currency wars redux – is USD next?

The overnight Asian session kicked off with the preliminary reading for Q3 GDP from Japan, with the region expecting to see a slight slowing in the rate of growth for the penultimate quarter in 2013.   The pace of economic advance for the first half of 2013 has been a welcome development for the supporters of Abenomics, with the fiscal and monetary policy reforms jump-starting growth prospects and fueling price increases to signal the Japanese economy is moving in the right direction.   The big question now is whether the reforms are sufficient building blocks of future prosperity, or if…