Latest
You are at:Home»Forex News»USD/JPY jumps above 105 on helicopter sounds

It is quite a weak week for the yen. The Japanese currency began the week with a plunge: PM Abe’s LDP won more seats in the upper house and talked about a stimulus package. This pushed USD/JPY above 102 and the pair never stopped there.

And now we have a move above resistance at 105. This is inspired by admission that “helicopter money” is indeed on the cards, after a few denials.

What does helicopter mean? In Japan’s case, this could turn into the BOJ printing money to buy government bonds, out of market and not necessarily handing out money to consumers. This is also called “perpetual bonds” or basically something that will never have to be paid and has no maturity date.

The risk is of course inflation, but Japan is mired in deflation for a very long time, and recent QE efforts are fruitless. The BOJ increased its bond buying and is already crowding out investors. Will this policy come into effect? Maybe not so soon, but the mere talk is already pushing the yen lower, and this is great for Japanese exporters.

Here is the chart: 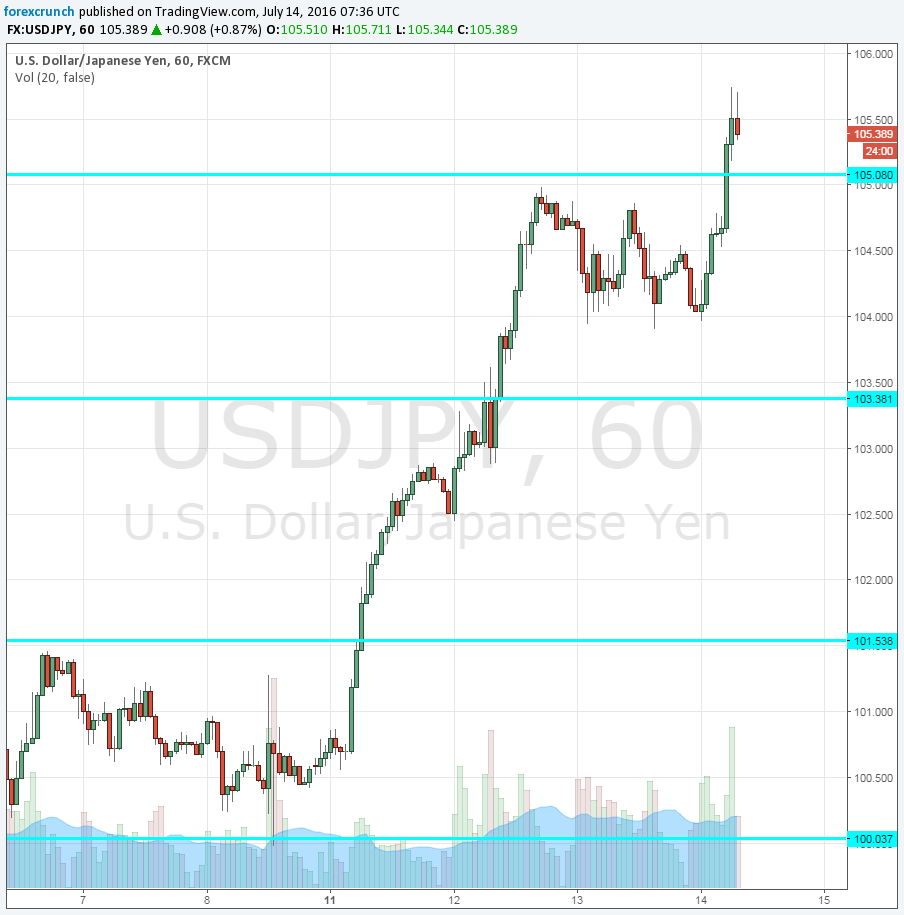