A challenging start to 2014

To say that January was a tumultuous start to 2014 would be an understatement, as the continuation of the Fed’s taper and fresh anxiety surrounding emerging markets sent the Dow lower by approximately 5% in January; it’s worst start to a year since 2009.

The flight-to-quality as investors trimmed exposure to risk-correlated assets shored up the performance of the DXY, with the big dollar gaining against every major currency with the exception of the Japanese Yen.   The Loonie also had a challenging start to 2014, with the bears given the green-light to charge ahead and push the commodity-linked currency to a four and a half year low, as a slightly more dovish Bank of Canada helped compress yield spreads, making money market opportunities in the US more attractive and thus generating strong incoming investment flows.

While it is yet to be seen whether the sour start to the new year is just a long overdue wash-out, or the start of something bigger, the  investment climate is unlikely to get any easier to navigate in the coming months.   Emerging markets will continue to be scrutinized moving forward, with countries which are running large current account deficits likely to remain under pressure as quality generates a blatant premium in the EM space.

The apprehension towards how China  is fairing with their structural reforms will remain in the spotlight, especially considering how their slowdown in growth is affecting some of the more vulnerable economies in the developing world.    While the Lunar New Year will keep a lid on news flow out of China this week, the official manufacturing PMI that was released over the weekend showed that activity fell to its slowest pace since July of last year, coming in at 50.5, and putting further stress on China’s ability to navigate through its structural reforms without choking off growth altogether.   In-line with the soft manufacturing reading, activity in the service sector was also subdued, with the January PMI reading coming in at 53.4, the lowest since 2011.   As aconsequence, Asian equities stumbled in lock-step with the Denver Broncos, with the neither being able to generate any positive momentum, as the Nikkei lost 1.98% on its session, while the  Shanghai Comp dropped by 0.82%.

There are a number of central bank meetings in developed economies this week, with perhaps the most scrutinized being  Thursday  morning’s meeting of the European Central Bank.   As we noted on several occasions, money supply growth and consumer prices have continued to deteriorate in the common-currency bloc, and have now gotten to levels where the ECB appears to be getting more serious about taking action to try and revert the downward trend.

Although Mario Draghi has been known to surprise markets, we feel the ECB will hold off on announcing any non-conventional monetary policy options at the meeting this week, but will move closer to identifying how they might react should things not show any noticeable improvement in the coming months.   While there has been chatter of further rate cuts and negative deposit rates, we feel that the challenges the EZ faces are not the price of money per-se, but the access to credit in the SME space.   Because of this, we feel that when the ECB does get more accommodative towards monetary policy, it will be with some form of assetsecuritization purchases to help improve the flow of credit, rather than a token-cut in the lending rate, with the former having a more negative outcome for the EUR.   Sustained price action south of the 1.35 figure against the USD would spell further trouble for the EUR over the coming weeks, especially if there is a surprise announcement from the ECB  on Thursday, potentially opening up room for a test of the 1.33 region.   EURUSD is flat this morning, unable to generate any sustained strength off the better than expected manufacturing PMI numbers for Germany, France, and the zone as a whole.   The inability of the EUR to solidify any upward momentum on the back of the numbers gives us the feeling there is a bias to stay away from being outright long the EUR heading into the ECB meeting this week, as traders don’t want to be caught on the wrong side of the central bank.

This coming week also marks the release of January employment data in both the US and Canada.   While the Fed has set the bar relatively high in regards to what it will take to deviate from its taper timeline, another soggy report would increase speculation the course may need to be altered in the near future.   That being said, the FOMC doesn’t meet until after the February numbers will be released, so there will be two additional reports to digest before the next announcement.   Analysts are expecting   dramatic turnaround from the disastrous December number, however ongoing temperature issues throughout January could restrain job creation to some extent, so it is not a foregone conclusion that the numbers rebound to the extent some are expecting.     A print in the 150-180k territory would reinforce the notion the Fed will continue with its slowdown of monetary stimulus, with a sub-150k reading shaking confidence in that assumption and the USD in general.

While the December jobs number out of the US was ugly, the Canadian report was worse.   A destruction of almost 46k jobs is likely to be reversed somewhat in January, and will be integral if the Loonie wishes to reverse the downward momentum and bearish market sentiment that has hampered the CAD throughout 2014.   The net short position in the Loonie from non-commercial traders was culled by a slight amount last week, with the gross shorts covering some of their gains to leave the net position at -$5.6bn.   The trade appears to be somewhat crowded still, with a slight consolidation likely before the trend resumes and USDCAD takes another leg higher; to this extent the key reversal posted  on Friday  after USDCAD was unable to sustain itself above 1.12 builds adds further evidence a pullback is in the cards before a new USD buying opportunity emerges.

As we head into the North American open, investor sentiment is beginning to firm, with S&P futures tracking into the green while front-month WTI is cautiously bid in the mid-$97/barrel range.   The commodity-bloc currencies are the outperformers so far on the session, as the Aussie benefits from speculation the Reserve Bank of Australia might be at the end of their easing cycle when they meet this evening.   The strong bid-tone has the Loonie riding on the Antipodean currency’s coattails, with USDCAD heading into the high-1.10s before the CAD-centric data hits the wires.   Adding to the early-morning strength in the Loonie, raw material and producer prices for December both came in stronger than forecast, a positive sign for inflation prospects in the region moving forward.   The slide in USDCAD will offer a good opportunity for corporates looking to cover some of the short exposure, as a pull-back into the low-mid 1.10 region will likely be met by strong USD buying demand. 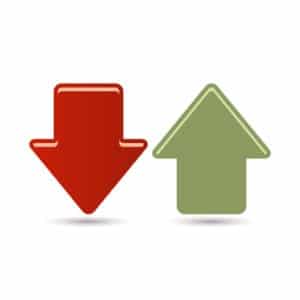 To say that January was a tumultuous start to 2014 would be an understatement, as the continuation of the Fed's taper and fresh anxiety surrounding emerging markets sent the Dow lower by approximately 5% in January; it's worst start to a year since 2009. The flight-to-quality as investors trimmed exposure to risk-correlated assets shored up the performance of the DXY, with the big dollar gaining against every major currency with the exception of the Japanese Yen.   The Loonie also had a challenging start to 2014, with the bears given the green-light to charge ahead and push the commodity-linked currency…