Latest
You are at:Home»Weekly Forex Forecasts»EUR/USD Forecast»EUR/USD Forecast Oct. 28-Nov. 1 – Euro rally fizzles – is the party over?
Eurozone manufacturing PMIs continue to point to contraction. Eurozone manufacturing PMI dipped to 45.7, shy of the estimate of 47.1 points. The German indicator was even worse, coming in at 41.9 points. The German and eurozone services PMIs were stronger, pointing to minimal expansion, with readings slightly above the 50-level. German GfK consumer confidence slipped to 9.6 in October, down from 9.9 a month earlier. As well, the ECB held rates at a flat 0.00%, in Mario Draghi’s final meeting as ECB President. He is being succeeded by Christine Lagarde, former head of the IMF.
In the U.S, manufacturing data continues to sputter. Core durable goods orders fell by 0.3%, the second decline in three months. The headline reading declined by 1.1%, its first decline in four months. The manufacturing PMI improved to 51.5, above the estimate of 50.7. Still, this points to minimal expansion. 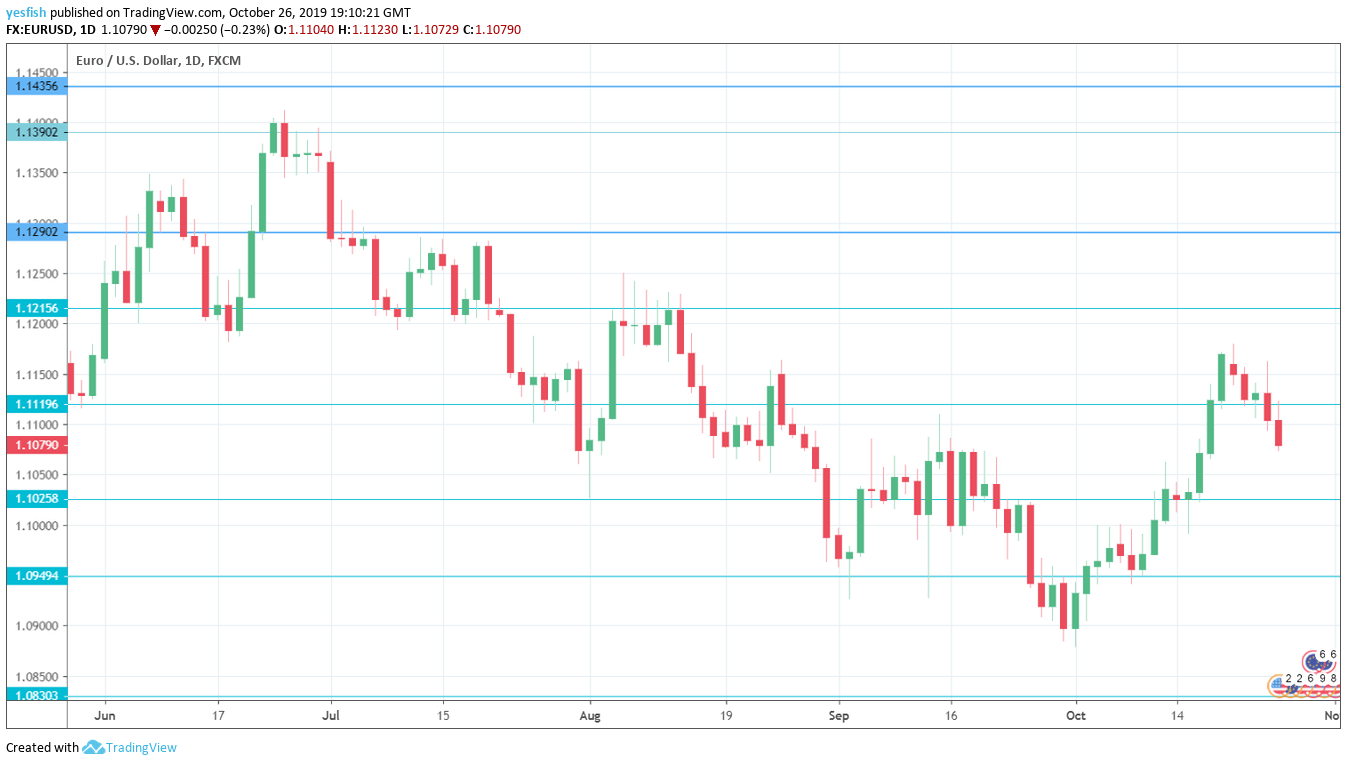 We begin with resistance at 1.1435 was a low point at the beginning of February.

The euro had a good month of October, climbing 1.6%. Still much of these gains can be attributed to dollar weakness rather than an attractive euro. The eurozone economy remains weak, and Germany has also caught the eurozone contagion with a slump in exports and deep contraction in manufacturing. The euro lost ground last week, and the downward trend could continue.

Get the 5 most predictable currency pairs
Previous ArticleNEO price analysis: NEO/USD bulls unstoppable, target at $10.00
Next Article The cryptocurrency market calms down after major turbulence