US Economic Outlook: CPI and Consumer Sentiment May Strengthen USD

US economic outlook forecasts on the face of it appear to have been largely confirmed by the latest Consumer Price Index (CPI) numbers, but what might consumer sentiment data add to the mix?

On Friday the University of Michigan University Consumer Sentiment survey results are released and economists forecast no change on July, at 81.2.

Also, at 8.30am eastern time July producer price inflation (PPI) is released by the Labour Department. Economists predict a month-on-month rise of 0.6%, with the annual rate unchanged at an elevated 7.3%. Core PPI, which excludes food and energy, is forecast to have risen 0.5% and an unchanged from last month year-on-year figure of 5.6%. Weekly jobless data is also on tap.

After Wednesday’s CPI showed signs of inflation stabilising with a 0.5% month on month increase, it is worth reminding ourselves that price rises are still stuck at 13-year highs – the one-year rate at 5.4% which was slightly above the 5.3% predicted.

Core inflation, which excludes food and energy costs, rose by 0.3% but was below the 0.4% that had been expected and compares favourably against the 0.9% jump in the previous month. That data has brought down the year-on-year increase in core prices to 4.3 from 4.5% previously.

The survey data is release at 10am EST, and as always with important economic calendar events, presents an opportunity for forex day trading, so you may wish to read our guide if you are interested in gaining more knowledge in this area.

Why US CPI is still a worry: USD slips

However, if we look at the “trimmed mean” calculated by the Cleveland Fed (thanks to John Authers at Bloomberg), the core picture isn’t quite so rosy. The Cleveland Fed data controls for the outliers, then averages what remains in the goods and services basket and also selects the median point of the distribution of prices. The median and the mean data was both still on the up, the latter at its highest level since 2008.

The dollar sold off in the initial response to the news and yields on the US Treasury 10-year note shaved 3 basis points. The dollar index fell from 93.10 to 92.87 and at the time of writing is trading at 92.92.

Selling may have been overdone given that the data does nothing to shift the Fed from its sequencing on tapering and rate rises. Market participants expect tapering to commence in the fourth quarter.

However, the inflation data may have appeared to peak for now, the jury remains out on the Fed’s view that heightened inflation is merely a transitory phenomenon.

The Fed’s claim that it is making “substantial further progress” in achieving its twin goals of reaching full employment and of inflation averaging 2% will not be pushed off course by the inflation data, even if the current data, for now, is way above the 2% average.

Indeed Mary Daly of the San Francisco Fed and a voting member of the FOMC, and considered one of the doves when it comes to cautiousness on when to start tapering asset purchases currently running at $120 billion a month, think that the time is fast-approaching  “dialling back the level of accommodation that we’re giving the economy on a regular basis, and the starting point for that is of course asset purchases”.

In her FT interview Daly said she is expecting tapering to begin late this year or early next, which is in line with market expectations.

If you are interested in benefiting from movement of USD and DXY (the US dollar index which measures the greenback’s movement against a basket of the major internationally traded currencies) by taking out a call or put contract, be sure to read our guide on forex options trading.

Returning to the inflation to dig a little deeper into the data, the fall back in used car prices (to 0.2% month on month) was encouraging, as that has been a major component of the general rise in prices, apparel was unchanged and airline fares fell in price by 0.1%, like used cars having surged in recent months.

But other key components are showing increases, with medical care registering its speediest appreciation since February, up 0.3% and all-important housing costs up 0.4% month on month and recreation was up 0.6% over the same period to 3.5. Recreation is a large component and is worryingly at its most elevated level since 1996 at 3.5% year on year.

Elsewhere in the data, shelter prices – rent and house owner equivalent, accounting for a third of CPI – are up 1.5% in February this year to 2.8% in July, year on year.

Analysts at ING point out that there is a lag in that data of 12 to 18 months on house price changes, which makes it the big story to keep an eye on in the second half of this year and has the potential to add as much as one percentage point to annual inflation.

Fiscal spending: will another $4 trillion of stimulus overheat US economy?

But even if the Fed can take some comfort from data when deciding on inflation trajectory, the red hot US economic recovery that is about to be juiced by an infusion of half a trillion dollars of infrastructure spending (and another $3.5 trillion hoping to make its way through Congress on top of that), is highly likely to add to pricing pressures.

But the spending will undoubtedly improve job prospects and that he is one of the biggest drivers of positive consumer sentiment.

Consumer sentiment may surprise to the upside

Which brings us nicely to consumer sentiment. This is a survey of what consumers think about their own economic well-being, the short-term outlook for the economy and the longer term.

With no change forecast any surprises from the survey could be impactful. Analysts will be trying to balance the negatives of the Delta variant against the positives of falling unemployment. In that battle it could be Delta that wins out, pushing the reading below the 81.2 expected.

Reports of stress on hospitals in Florida and Texas are perhaps only the most prominent expression of a wider malaise of surging infections dampening consumer spirits, despite the reopening back to normal mantra of hopeful politicians.

Weakening sentiment would take some of the froth off the reopening optimism and that might ignite some more dollar selling. However, the direction for the economy is still up.

If you want to trade on any of the information in this article, you might be on the hunt for a low spread forex broker, so check out our guide before you decide on which is the best forex broker for you.

US labour market is looking good…

One of the best indicators of the actual temperature the economy is running at is the labour market.

Unemployment from 5.9% to 5.4% in July but there are still six million more people unemployed today than their were before the pandemic struck. But the addition of 943,000 jobs handsomely beat estimates in the 850,000-880,000 range.

That was good enough for Daly to be confident the economy is well on track to fulfil the Fed’s labour market goal.

“We’re really adding enough jobs to see that we’re making progress towards our full employment goal. We’re not there yet?.?.?. [but]we’re chipping away at the hole that was dug by Covid,” she told the FT.

Although some in Congress have complained that the stimulus spending risks overheating the economy, we are not hearing those worries coming from the FOMC members or others at the Fed. But there is certainly growing sentiment that tapering needs to be starting sooner rather than later.

By the end of the second quarter of this year the US economy made up for all the economic output lost during the pandemic, as measured by GDP.

…what FOMC members think that means

Atlanta Fed’s Raphael Bostic (Atlanta Fed), Eric Rosengren (Boston Fed) and  Thomas Barkin (Richmond Fed) have all stated this week that inflation was signalling that it was time to start tapering.

Friday’s consumer sentiment numbers have a chance of showing a substantial beat with consumer spending buoyant and more people coming back into the workforce. If that is the case, it could help to strengthen the dollar.

Even though Delta is a pressing concern, that may not have filtered through nationwide, given that the southern states are the worst hit at the moment, 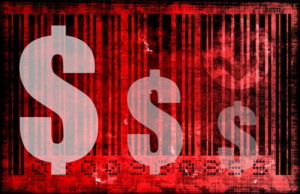 Monero Price Prediction: Get read for a sell-limit at $275?

US economic outlook strong for H2 2021, Fed on track for Q4 asset purchase tapering  Michigan consumer sentiment expected at 81.2, could surprise on upside Dollar index fell on CPI data indicating stabilisation of inflation, but price rises may be broadening US economic outlook forecasts on the face of it appear to have been largely confirmed by the latest Consumer Price Index (CPI) numbers, but what might consumer sentiment data add to the mix? On Friday the University of Michigan University Consumer Sentiment survey results are released and economists forecast no change on July, at 81.2. Also, at 8.30am eastern…