The interesting conundrum that has gripped financial markets for the start of 2016 has been the performance of the US dollar, and whether this can be categorized as a minor set-back, or is in fact a major change in overall trend.   Dixie is the colloquial name for the index that tracks the movements of the US dollar against a basket of currencies, a reference to the symbol of DXY. While it is no means a perfect gauge for the value of the greenback as it is not a trade weighted basket (e.g. the index has a larger weighting towards the euro than would be explained by trade between the two nations), it is widely used by market participants in deciphering the performance of the American dollar against other major currencies in one snapshot.   The index has had a rough start to 2016, coming under pressure as the Federal Reserve adopted a more cautious than expected tone towards domestic monetary policy normalization given mounting concerns on the international economic landscape.

The enigma for analysts and economists has been that the major theme of monetary policy divergence between the United States and other developed countries has not peaked yet; however, the American buck is rolling over against the majors like its day in the sun has come to an end.   Specifically, the labour market and inflation expectations in the United States likely warrants further steps towards monetary policy normalization, while the central banks of Europe and Japan continue to expand their balance sheets in the hopes of jump starting economic growth and inflation.   Even though actions consistent with monetary policy stimulus are usually expected to cause a domestic currency to depreciate, the opposite has happened for the euro and yen recently, as Janet Yellen and the Federal Reserve ease back on the throttle of monetary policy divergence by flattening the rate hike trajectory in the United States.   A perfect example of this phenomenon was Friday’s job report, where another strong print failed to spur buying interest in the greenback, as many participants saw it as not robust enough to sway the Fed from shifting their focus away from international concerns to domestic fundamentals.

Now, it would be easy to explain away the price action in foreign exchange markets since the beginning of the year as a series of misfires by various central banks, but it seems as if the latest action from the Federal Reserve was a calculated way to throw in the towel, admitting the tail (market participants) is wagging the dog (Federal Reserve.)   With Yellen recently referencing the ability of the market to actively “price-in” the chances of an interest hikes from the Fed acting as an “automatic stabilizer” for the economy, this could be taken as an implicit statement financial markets effectively dictate Fed policy, essentially backing the Fed into a feedback loop that appears may be hard to escape.   For example, as economic conditions improve domestically, market participants begin pricing in a greater chance of interest rate increases, bond yields rise, the USD strengthens, global stock markets weaken, and investor wealth suffers.   As global stock markets weaken and investor wealth suffers, fears of recessions and depressed consumer spending crop up, along with international concerns around a hard landing in China.   Global stock market volatility leads to investors decreasing the probability of a rate hike in the US, bond yields fall, the USD weakens, global stock markets strengthen, and investor confidence builds.   Repeat.

One can then conclude that the Federal Reserve acting as a global central bank may never have to adjust policy, it just make sure its communication is in-line with market expectations, using the feedback loop as an automatic stabilizer.   The unintended consequences of this automatic stabilizer though are that you are potentially letting one economy run hot to lift all ships, effectively keeping some economies addicted to euphoric monetary stimulants, with the results being an unwelcome period of reducing an economy’s dependence on monetary policy.

With the Federal Reserve potentially caught in this feedback loop that has an overwhelmingly bearish bias towards the American dollar, an interesting case study for economies addicted to monetary stimulants will be Canada.   The Bank of Canada has stopped in its tracks of providing additional monetary policy stimulations by way of additional rate cuts (for the time being), and instead, had allowed the newly elected Federal Government to embark on deficit financing to counter its problems of slow growth.   The Canadian dollar has so far managed to shake off the ill effects one would assume comes from lingering low commodity prices, and instead has focused on the slow death of the DXY, combined with the Bank of Canada holding fire on providing additional monetary stimulus by way of interest rate cuts.   With the BoC now having a partner to tackle the sluggish growth trajectory brought on by low oil prices, the Canadian deficit financing plans may be a case study for other economies that are witnessing monetary policy reaching the limits of diminishing marginal rates of return.   One thing is for certain, money is cheap right now, and readily available for governments that want to spend it.   The challenging part for economies that are still unable to wean themselves off monetary policy is that relying on the automatic stabilizers borne from those very stimulants, is that if they should fail to buffer the economy from outside shocks, the resulting consequences will likely be much more adverse than slowly reducing the addiction now. 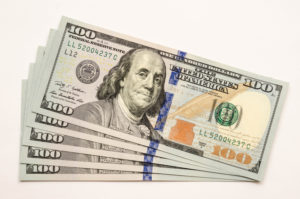 The interesting conundrum that has gripped financial markets for the start of 2016 has been the performance of the US dollar, and whether this can be categorized as a minor set-back, or is in fact a major change in overall trend.   Dixie is the colloquial name for the index that tracks the movements of the US dollar against a basket of currencies, a reference to the symbol of DXY. While it is no means a perfect gauge for the value of the greenback as it is not a trade weighted basket (e.g. the index has a larger weighting towards…