Home » Markets are concerned the Fed will continue to scale

Markets are concerned the Fed will continue to scale

A nasty day for US equity markets unfolded early in the North American session yesterday, with traders and investors imitating deer caught in headlights after Atlanta Fed President Dennis Lockhart reaffirmed that the poor jobs data on Friday would not be enough to deter the Fed from continuing on course with its gradual unwind of monthly asset purchases.  The guidance from Lockhart soured market sentiment after participants digested the news and came to the conclusion the Fed may continue to scale back their asset purchases even if the labour market entered 2014 on slightly softer ground than was forecast, causing the S&P to tumble by 1.26% as the VIX ignited to close at 13.6%.

In currency markets reprieve was the name of the game, with the battered Loonie managing to cauterize its bleeding after Friday’s horrendous jobs number to edge USDCAD back into the mid-108s.  With an absence of domestic data for the Loonie this week, it is likely the commodity-linked currency will take its cues from the direction of its American counterpart, potentially seeing a bit of a consolidation after last week’s run up. The failure to push through the mid-1.09s and the waning momentum could lead to some of the extended short-CAD crowd trimming some positions and taking profits, with USDCAD slinking lower before markets gauge whether the incoming economic data has been bad enough to take the pair for another leg higher (a more dovish Bank of Canada next week could be the catalyst to make this happen.)

The beginning of the overnight Asian session was highlighted with Japan posting its worse current account deficit on record, coming in for November with a print of – ¥592bn, drastically missing the median analyst expectation of – ¥36bn.  The value of imports increased by 22.1% compared to last November, with increasing energy costs due to a weakening Yen more than offsetting the 17.6% y/o/y increase in exports.  While it is becoming evident that reform will need to take place beyond just a massive stimulus program from the Bank of Japan, the Yen weakened on the news, as the trade data supports the view that Prime Minster Shinzo Abe and the BoJ will look to step-up their asset purchases in order to make sure the recovery doesn’t derail itself.  USDJPY managed to pull itself away from the 103 handle that was tested during yesterday’s session, now pivoting in the mid-103s as we get set for the North American open.  The Nikkei found no joy in the lower Yen, bucking the traditional correlation with the USDJPY pair, and cratered over 3% on its session in sympathy of the sell-off seen earlier on Wall Street.

Defensive price action in equities was also witnessed as European trade got underway, however the shake-out has been less pronounced then the capitulation seen in the Nikkei, with the Stoxx and Dax lower by 0.23% and 0.22% respectively, while the FTSE pivots around the UNCH mark.  Mark Carney and the Bank of England received some welcome news overnight, seeing inflation drop to the central bank’s target of 2.0% for the first time since November 2009, validating Carney’s earlier guidance that the elevated levels of inflation throughout the second half of 2013 had been transitory to some extent.  The relative softness in consumer prices will strengthen Carney’s stance that the Bank of England is in no rush to raise rates, and although there have been strong gains in the labour market, the BoE is likely to keep lending conditions accommodative to help prop up other areas of the economy.  The Pound is actually stronger against the USD this morning despite inflation edging lower, up into the low-1.64s and recouping some of its post-NFP drop from yesterday.  The price action today is constructive towards the GBP from a technical perspective, with the consolidation to support in the high-1.63s for GBPUSD positioning the pair for another test of 1.65, although momentum and the associated push to the highs from early January will be key to whether the Sterling pushes higher.

Heading into the North American session, Retail Sales in the US for the month of December were just released, and eased some pressure after the drastic miss in employment on Friday.  Both the core and headline print bested the median analyst estimates, coming in with 0.7% and 0.2% gains respectively, and painting a slightly more rosy picture for the consumer heading into the end of Q4 (despite a slump in hiring.)  The strong activity in December was slightly marred by sharp revisions to Novembers numbers, with the core reading being downgraded from the earlier print of 0.4% to 0.1%, and the headline reading amended from 0.7% to 0.4%.  Financial markets have more or less shrugged off the first blush of the numbers, with the DXY little changed, and after an initial knee-jerk reaction higher in USDCAD, the pair continues to pivot around the 1.0900 handle where it was trading prior to the release.  S&P equity futures are modestly higher in what has amounted to a feeble bounce so far this morning, with WTI also finding a slight bid tone to elevate the black gold above $92/barrel.

Although there is little on the docket in terms of economic data for the remainder of the session, both Philadelphia and Dallas Fed Presidents are set to take the podiums later today, and will likely not be shy in sharing their views on the American economy and some clues to how they will be positioning themselves at the FOMC meeting this month.  Both Plosser and Fisher are new to the voting rotation on the FOMC this year, but they are both on the hawkish side of the spectrum, and will most likely be reiterating the views that the Fed stay the course with its tapering plans as they believe the marginal costs outweigh the marginal benefits.  While we aren’t likely to see any surprises from either Plosser or Fisher later today, the reaffirmation of voting Fed members supporting the reduction in monthly bond purchases could help underpin the USD.

US core retail sales surprise with +0.7%

How to handle a run of losses 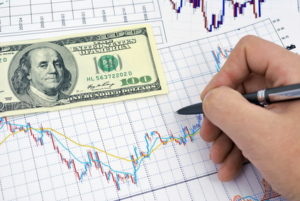 A nasty day for US equity markets unfolded early in the North American session yesterday, with traders and investors imitating deer caught in headlights after Atlanta Fed President Dennis Lockhart reaffirmed that the poor jobs data on Friday would not be enough to deter the Fed from continuing on course with its gradual unwind of monthly asset purchases.  The guidance from Lockhart soured market sentiment after participants digested the news and came to the conclusion the Fed may continue to scale back their asset purchases even if the labour market entered 2014 on slightly softer ground than was forecast, causing…